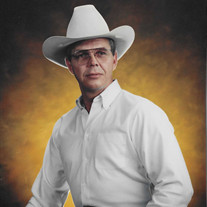 Troy B. Allen, beloved husband, father, and grandfather, passed away on Monday June 7, 2021. Troy was born in Houston, Texas on February 14, 1945 to O.G. and Josephine Fine Allen. He was preceded in death by his parents and older brother Wayne. Early on in life Troy loved the beach and surfing in Galveston. To spend as much time as possible there, he became a lifeguard as a teenager. Soon after graduation from San Jacinto High School he attended the Houston Police Academy and had the distinction of being the first cadet to graduate at age 19. He immediately started working for the Houston Police Department in 1964 and began attending college classes. In 1970, he entered the Texas Department of Public Safety Academy and graduated in 1971. He worked in multiple roles for the DPS until 1977. Next Troy worked for three years at Louisiana Pacific until he bought his own business, B & S Propane in New Waverly. He successfully ran B&S with his brother Wayne for three years. After selling the business, he went back to Louisiana Pacific/New Waverly Transportation for 20 more years. He retired in 2003. However, Troy decided he was not ready to be retired. To complete his State retirement, he went to work for three years at the TDC Wynne Unit as a truck-driver instructor for Lee College. While working and attending college, Troy met the love of his life, Mary "Ginger" Allen. They were married in September of 1966. In 1971, Troy and Ginger decided to move to the town of Huntsville. In December of 1974, they had their only child, Ty Houston Allen. Troy was so excited to have a Christmas son. He told the story many times of Ginger making him leave the room when it was time to draw blood from Ty. He was so angry they were making him cry. He loved spending time with his son and his wife through their many travels, sports, show animals, and love of adventure. He enjoyed playing gags and picking out the best gifts for loved ones. Troy was known by many for his generous heart and personality. He joined the Walker Country Fair Association and held every position that was available from custodian all the way to President. He was an Elder and Deacon of the First Presbyterian Church in Huntsville. He also volunteered every Sunday at the Nursing Home and had Church with the residents. Troy earned many degrees and honors including an Associates of Arts Degree in Police Science, a two- year certificate in Law Enforcement, a Bachelor of Science in Criminology--graduating Magna Cum Laude from Sam Houston State, hours towards a master's degree, multiple certificates for Jail Management courses, and an additional 640 hours of classroom hours in criminal law. Troy is survived by his wife of 55 years, Ginger, their only child Ty, his wife Chancy, and their children Trace, Tavin, and Caybre. He is also survived by his sister Carol Lynn Newton and husband Randy Newton, nieces, and nephews. He will be missed by a host of loving family members and friends.

Troy B. Allen, beloved husband, father, and grandfather, passed away on Monday June 7, 2021. Troy was born in Houston, Texas on February 14, 1945 to O.G. and Josephine Fine Allen. He was preceded in death by his parents and older brother Wayne.... View Obituary & Service Information

The family of Troy Bennett Allen created this Life Tributes page to make it easy to share your memories.