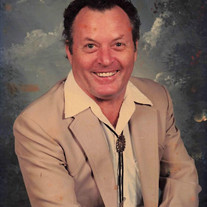 Rodney Robertson, 83, passed away at home on November 8, 2021, in Willis, TX surrounded by family and friends. Rodney Robertson was born on January 29, 1938 in Langdale, AL, to Archie Robertson and Harriett Foster. Rodney received his GED from Willis High School in 1985 and went on to earn a Master Electricians License from the Local IBEW 716 in June of 2000. He started his career as an Apprentice Electrician in 1956 and went on to establish his own business, Robertson's Electrical Services. Rodney was well known for his hard work and reliability, which made a name for himself in Willis. He made many sacrifices for his family and his determination had no boundaries. He was best known for Rodney's Place and Rodney's BBQ where Rodney's Rednecks began - a LEGACY that made a lifetime of friends and family. Later in life he was best known for the Family Reunions he held. Loved ones from miles away flocked to The Big's house where the first annual reunion had more than 300 people in attendance. He was lovingly referred to as "Big Daddy" by all that knew him. Rodney married Frances Griggs on April 19, 1957 in Houston, Texas. The couple had 4 children. They moved to Willis, TX in 1978 where they planted their roots for a lifetime of happiness. Rodney is survived by his wife of 64 years Frances Robertson, daughter Denise Oliver, son Shane Robertson, daughter Sondra McCurry and husband Todd McCurry, daughter Dusty Hahn and husband Artie Hahn. Grandchildren; Misty, Jason and Robin, Stacy and Miguel, Cory and Holly, Rodney and Tabatha, Krysti and Steven, and Kaysi and Joshua. He was blessed with 15 great grandchildren and one great-great grandson. He was also blessed with 7 bonus grandchildren and 6 great grandchildren. Brother Sidney Robertson and wife Terri, sister Wanda Nott and husband Jeff. Rodney is preceded in death by his father Archie Robertson, nephew Sidney Robertson Jr. his mother Harriet Foster and his daughter-in-law Roxie Robertson. A Celebration of Life will be held on Saturday November 13, 2021 @ 10:00 A.M. at Sam Houston Memorial Funeral Home Willis Texas. You are invited to leave a written condolence at www.shmfh.com.

Rodney Robertson, 83, passed away at home on November 8, 2021, in Willis, TX surrounded by family and friends. Rodney Robertson was born on January 29, 1938 in Langdale, AL, to Archie Robertson and Harriett Foster. Rodney received his GED... View Obituary & Service Information

The family of Big Daddy created this Life Tributes page to make it easy to share your memories.

Send flowers to the Robertson family.