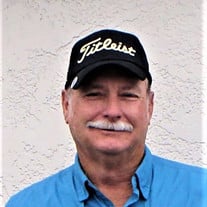 Robert G. (Bobby) Kennedy was born September 2, 1948 and passed away at the age of 72 on August 11, 2021. He was born to Faye Edith Nivens and Robert Allen Kennedy in Houston, Texas. He grew up in Houston and attended Jesse Jones High School. He had two sisters, Mildred Jackson Womack and Robbie Ray Jackson Jahnke, and one brother, William Wayne Kennedy. He is survived by his wife, Phyllis Lee Kennedy, their two sons, Robert Allen Kennedy & wife Emily, John Wayne Kennedy & wife, Rachel, and his three Granddarlings, Ashlyn Christine Kennedy, Emma Kate Kennedy and Ella Rose Kennedy, one sister, Mildred Womack and brother, William Kennedy. He is also survived by numerous nephews and nieces, and by our wonderful friend Chris Brumley & wife Marsha, who has been a devoted friend for over 35 years. He is preceded in death by his parents, Robert Allen & Faye Edith Kennedy and sister, Robbie Ray Jahnke, and brothers-in-law, Kenneth Womack and E.C (Duke) Jahnke. Bobby met Phyllis in the summer of 1965. He joined the Houston Fire Department in December of 1966 and retired 20 years later in December of 1986. He and Phyllis were married in January of 1967 and lived in Houston and Magnolia until January 1978, when they moved to Carolina Cove on Lake Livingston out of Riverside, Texas. They loved living up here and Bobby was very active with all his sons' activities. He coached the boys in Little League in Huntsville for about 12 years. Following his retirement from HFD, Bobby served as Fire Chief/Assistant Fire Chief for 10 years at the Thomas Lake Road Volunteer Fire Department. He and his former business partner, William MacCartney, formed Carolina Custom Builders around 1980 and built houses until they learned all about aerobic septic systems. Then, they formed Lone Star Hydro Flo in 1983 and have proudly served all their customers in Walker and the surrounding counties since then. William and his wife, Gail, retired in 2015 and moved to Lake Travis and our son, John Kennedy and his wife, Rachel went into partnership with Bobby and Phyllis. The company will go on in memory of our beloved Bobby. The absolute joys of Bobby's life besides his two sons, were the births of his precious Granddarlings who he and Phyllis devoted their lives to. They gave him so much joy and he lived to spoil them. We have to give heartfelt thanks to Dr. Victor Hsiao, Dr. Urmil Shukla, Dr. Elham Abbasi, Macy and Caroline - Bobby's chemo nurses, and to his ER doctor, Dr. D'Adeddeo and to all the nurses and staff in Huntsville Memorial's Emergency Room, and to HMH Nurses, Mandy Kibby and Rebecca for taking such good care of Bobby during his CT Liver Biopsy and for Robyn, our wonderful Recovery Nurse. In lieu of flowers, the family is requesting that you make donations to Northside Baptist Building Fund, or to the Thomas Lake Road Volunteer Fire Department. A memorial service will be held at Northside Baptist Church in Huntsville, Texas on Saturday, August 21, 2021 at 11:00am. Condolences to the family may be made at www.shmfh.com.

Robert G. (Bobby) Kennedy was born September 2, 1948 and passed away at the age of 72 on August 11, 2021. He was born to Faye Edith Nivens and Robert Allen Kennedy in Houston, Texas. He grew up in Houston and attended Jesse Jones High School.... View Obituary & Service Information

The family of Robert "Bobby" Kennedy created this Life Tributes page to make it easy to share your memories.

Send flowers to the Kennedy family.