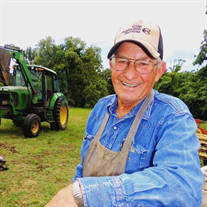 Paul Lester West, 84, passed away on May 2, 2022, in Tomball, Texas Paul Lester was born on November 13, 1937, in Houston Texas to Paul and Susanna West. Paul graduated from Montgomery High School in 1955. Paul married Patricia West on September 12, 1957 in Conroe Texas. Patsy blessed Paul with three sons. Paul Lester was raised in the northwestern part of Montgomery County hunting and fishing and outdoor activities during his early days, sharing his early passions with his sons and grandchildren. Once he started a project or hobby he was all-in until he was able to master whatever endeavor it may have been. Early on Paul Lester exhibited great leadership and mentorship, excelling in academics and athletics. Using these talents he pursued the construction industry, starting from the bottom and working his way up the ladder to become one of the nation’s top project superintendents. Paul Lester built too many schools and hospitals to mention. A few of his more memorable builds were the Houston Museum of Natural Science, the George Bush Library, as well as many of the other buildings on the Texas A&M campus, and the renovation of the Texas State Capital. Many local men will credit him with helping them become successful in the construction industry, he was always willing to help those to achieve a better life. Paul spent most of his career in the construction industry, retiring from Hanover Company in 2004. Paul was well known around the Montgomery area. He was known for his charismatic and humble personality, along with his strong work ethic. Paul Lester was very instrumental in the development of the current Montgomery Schools Systems, being on the Montgomery School board for many years of the preplanning in anticipation of the areas growth. After retirement, Paul spent the majority of his time where he loved most, in the hay field. He loved cutting and delivering hay to his many customers, with whom he developed many new friendships. This is where he really shined. Even one of his customers commented recently that they wished he could have been their grandfather. That comment, and many similar comments shared the same type sentiment toward Paul Lester. Paul is survived by son and daughter-in-law Monte and Kim West, son and daughter-in-law Kevin and Rebecca West, and son and daughter-in-law Jeffery and Stephanie West, brother and sister-in-law Melton and Sandy West, granddaughter and husband Lacy and Brent Fischer, granddaughters Megan West and Ryan West, grandson and wife Jacob and Kristin West, grandson Garrett West, granddaughter and husband Brittany West and Alan Potter, granddaughter and husband Kaycee and Keith Mikeska, granddaughter Taylor West, grandson Korbin Ballenger, and granddaughter Cidnee Ballenger, as well as many great-grandchildren, nieces and nephews. Paul is preceded in death by his beloved Wife Patricia West, Father Paul West and Mother Susanna West. The Celebration of Life for Paul Lester will be held from 2-5 pm, Sunday May 22nd, at the Lone Star Community Center at 2500 Lone Star Pkwy., Montgomery, TX 77356. BBQ will be provided. If guests would like to bring a dessert, that would be appreciated. Flowers may be delivered to the Lone Star Community Center between 10 am and 2 pm. If you would like to leave personal written condolences, please send to www.shmfh.com.

The family of Paul Lester West created this Life Tributes page to make it easy to share your memories.

Send flowers to the West family.