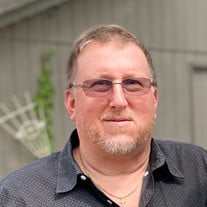 It is with heavy hearts we announce Paul Lee Park II "Tater" went home to be with the Lord on July 2, 2021, at the age of 53. He was born on October 19,1967 in Huntsville Texas to Paul Park & Marie Langley. He began his career at MidSouth Electric Cooperative 31 years ago. During his career, those who had the pleasure of knowing and working with him all became his friends/family. Not only did he have a great work ethic, but he also knew how to enjoy life and lived it the way he wanted to. Anyone who was blessed with Tater's presence always knew they would walk away with a laugh from one of his many stories or jokes. He was very protective of his family and loved them with his whole heart. Besides enjoying his life, he was a diehard Dallas Cowboy & Houston Astro fan so on any game day you could always catch him watching his favorite teams. Coach Tater loved coaching softball in his early years and especially enjoyed his time at the world series. He loved all things outdoors especially shooting his guns. He also enjoyed hunting, every year he looked forward to hunting in Colorado. His eyes would light up when he talked about it. He always cherished his time there. His kind heart toward his family & friends, hilarious wit and cute little smirk will be deeply missed by his loved ones. He may be gone, but never forgotten. He is survived and will be dearly missed by his loving wife Samantha Park, children Courtney Park, Dawson Park & fiancé Karissa Cisneros, Sabrina & Chris Rennie, Ashly & Brandon Tucker and Jessie Johnson. Parents Paul & Johnye Park, Marie Langley & friend Aaron Haynes; mother-in-law Lola Grace Blalock; Siblings Dudley & Kathy Park, Denise "Nesi" & Elza Franklin, Rodney & Donna Park, Vince & Melissa Allen, Mona & Mike Bland, Kevin & Suzanne Langley, and Joe Blalock; nieces & nephews Cody & Jessie Williams, Jayce Park, Garrett & Miranda Wheat, Julie Wheat, Chance Allen, Ryan Redden, Shelby & Cassie Kutev. Grandchildren Stetson, Isaac, & Carolei Cravey and Clay, Tristan, & Gatlin Tucker; Great nieces Adley & Arie Wheat. Pallbearers Rodney Park, Jayce Park, Cody Williams, Garrett Wheat, Clayten Owens, Larry Finley, Jeff Danford, & Jim Woods Honorary Pallbearers Dawson Park, Vince Allen, Brandon Cotton, Jacob Finley, Francisco Reyes, Marcus Ginn, Jimbo Parrack, Gene Woods & Robby Weaver (Pops) Visitation will be held on Thursday, July 8th from 6-9 p.m. at Walker County Storm Shelter and Tater will be remembered by those who loved him on Friday, July 9th at 10 a.m. in a memorial service also at the Walker County Storm Shelter in Huntsville Texas. He will be laid to rest in Madisonville, Texas at the "Park Cemetery". Memorial condolences to the family may be made to www.shmfh.com.

It is with heavy hearts we announce Paul Lee Park II "Tater" went home to be with the Lord on July 2, 2021, at the age of 53. He was born on October 19,1967 in Huntsville Texas to Paul Park & Marie Langley. He began his career at MidSouth Electric... View Obituary & Service Information

The family of Paul Lee Park, II created this Life Tributes page to make it easy to share your memories.

It is with heavy hearts we announce Paul Lee Park II &quot;Tater&quot;...