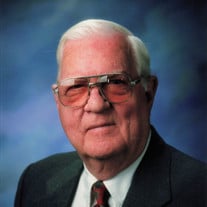 Nat Hart Davis, Jr. passed away on August 16, 2021 at home surrounded by family. He was born December 16, 1931, in Houston, Texas, at St. Joseph Maternity Center, the third child of Nat Hart and Mabel Spiller Davis. The family lived in Houston and returned to Conroe in 1937 and he graduated from Conroe High School in 1950. Nat enrolled in University of Texas. He was to be called up for Military Service, and joined the Air Force, serving in Korea. In 1958, he married his love, Leah Lynn Shawver. He graduated in 1959 from the University of Houston. He was accepted and entered South Texas College of Law and Graduated and passed the Bar in 1962. He joined the Masonic Lodge and received his 60 year Certificate from Montgomery Lodge #25. He was a member of the 9th Degree team and received his 50 year Certificate from the Scottish Rite. He had been an Attorney at Law over 50 years. He was a member of the Sons of the Republic of Texas. He was a lifelong Democrat. Nat was predeceased by his parents and his elder brother John F. Davis; and wife, Leah Lynn. He is survived by his children Nat Hart III, Leah Katherine “Sissy” Davis-Pisaturo and son-in-law Bob Pisaturo, and Lois Ann Davis; his grandchildren Chris, Leah, Austin, Nathaniel, Catherine and William (or Willie as Paw Paw called him); his great-grandchildren Parker, Mason, Stella and Leah Rose; his sister Katherine Spiller Davis Clark (Katsy); nephews John, James and Chris; and nieces Diane, Amelia, Marti, Janice and Carla. The family will receive friends from 5:00 pm till 8:30 pm on Thursday, August 19, 2021 at Sam Houston Memorial Funeral Home in Willis, Texas. Funeral services will be held at 10:00 am on Friday, August 20, 2021 at First Baptist Church in New Waverly, Texas. Interment will follow at Shepard Hill Cemetery in Willis, Texas. Memorial condolences may be made to the family at shmfh.com.

The family of Nat Hart Davis, Jr created this Life Tributes page to make it easy to share your memories.