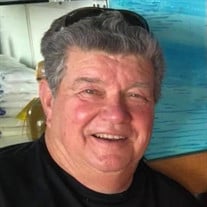 Joseph Doyle “JD” Davis went home to the Lord surrounded by his beloved wife and two sons on December 10, 2020. JD was born July 8, 1950 to JC and Esther Ellisor Davis in Galveston, TX. JD was the oldest of four in a working-class family. JD attended Aldine H.S. where he was Senior class president and served as officer and member of several organizations, including the Aldine F.F.A. High school was also where he met the love of his life, Vicki. Soon after graduation in 1968, J.D. and Vicki were married on February 21, 1970 at the wise old age of 19 and 18. J.D. attended Sam Houston State University (SHSU) where he graduated in 1972 with an accounting degree and remained a large supporter of SHSU athletics and was instrumental in starting the Don and Julie Holden Entrepreneurship scholarship at SHSU. During college, J.D. served in the National Guard, protecting Stubblefield Lake. J.D. continued to be a lifelong SHSU supporter and advocate. After graduating SHSU, J.D. worked as a junior partner for a CPA firm in Houston before partnering with his best friend, Rodger DeHart from High School and opening two Army/Navy retail stores in Houston. J.D. and Roger treated the stores less like a business and more like their own personal toy store. There were always hunting or fishing trips to go on to try out new gear. After having two sons, Bart in 1975 and Brad in 1979, J.D. and family moved home to Huntsville in 1981, joined University Heights Baptist Church where he remained a loyal servant for 39 years, was in charge of baking cookies Sunday mornings, and opened the Surplus Store in 1981, which is still around today. Throughout his years in Huntsville, J.D. owned and operated several different businesses from selling clothes to newly released inmates, to renting paddle boats to campers at Huntsville State Park, to owning several pawn shops in Huntsville, Crockett and Conroe. Eventually in 1994, he started Davis Construction where he was still involved until his passing. J.D. believed in civic duty and giving back to his community. J.D. served as President of the Rotary Club of Huntsville, eventually becoming a Paul Harris Fellow, Chairman of the Board of the Walker County Chamber of Commerce where he and son Bart would become one of two father and sons to have served as Chairman. J.D. also served as President and Vice President of the Holden Foundation, member of the Houston Livestock Show Go Texan Committee and as a member and servant for several other community clubs and organizations. However, his great passion was for the elderly of Walker County. He was the current President of the Walker County Senior Center Board of Directors and Meals on Wheels where he was active in fundraising to feed and take care of the senior citizens of his community. J.D. was an avid outdoorsman and hard worker. He spent his life instilling his work ethic into his sons and all those around him. Everything J.D. did was for the betterment of his family and grandkids, never doing anything for himself...except until recently his RV. Spending time with his sons hunting and fishing brought him much joy and happiness. He insisted everyone around him live up to their full potential. He could be harsh and direct, but it was only because he saw more in people than they saw in themselves. J.D. was an avid storyteller. He was always bigger than the story and made the story bigger than it was. Most people who heard any of his stories knew, you better have a couple of hours to kill and you were not going to get a word in. In 2005, J.D. became a grandfather for the first time and by 2011, he had 5 grandchildren, 4 girls and 1 boy. He affectionately referred to his grandkids as his “Littles”. In retirement, J.D.’s passion were his Littles. He dedicated and sacrificed everything for them. Nothing made him prouder or happier than watching his Littles grow up and succeed. Whether it was school awards, sporting events, church programs or family dinners, J.D. never missed an event or a chance to spend time with his grandchildren ... J.D. loved to travel with Vicki and all his family. From having a house in Mexico for 37 years, to recently traveling the country in his RV, J.D. found peace being with his family. J.D. was preceded in death by his father, JC Davis, Jr, father-in-law, Leroy Barrett, mother-in-law, Mary Barrett, and brother-in-law, Mark Hendon. J.D. is survived by his wife of 50 years, Vicki Barrett Davis, his oldest son, Bart Davis, daughter-in-law Kathy Davis, and grandchildren Allison and Carson Davis, his youngest son, Brad Davis, daughter-in-law, Molly Davis, and grandchildren Mia, Libby, and Dylan Davis, his mother, Esther Ellisor Davis, his brother, Dan Stephen Davis, his sister, Deborah Lynn Davis, his sister, Donna Davis Gilbert and husband John Gilbert, sister-in-law Becky Hendon, sister-in-law and brother-in-law, Sherrie and Adam Young, a host of nieces and nephews with who he had a unique relationship with each and every one, and his loyal “weekend sons” who he loved working with on the compound and his farm. J.D. was a son, a brother, a father, a Papa, a friend, and a loyal servant to God. J.D. had an impact on anyone who knew him and even to some who did not. J.D. lived big, loved big, and in death, will be remembered as the larger-than-life man and personality he was. J.D. will lie in state Tuesday, December 15 from 12pm to 7pm at Sam Houston Memorial Funeral Home. There will be a small family only graveside service at a later date. When the family feels it appropriate, there will be a memorial celebration celebrating the life of J.D. for all friends and family to attend. In lieu of flowers, J.D. would have insisted donations be made to the Walker County Senior Center, 340 State Highway 75 N, Huntsville, TX 77320.

Joseph Doyle &#8220;JD&#8221; Davis went home to the Lord surrounded by his beloved wife and two sons on December 10, 2020. JD was born July 8, 1950 to JC and Esther Ellisor Davis in Galveston, TX. JD was the oldest of four in a working-class... View Obituary & Service Information

The family of Joseph Doyle "J.D." Davis created this Life Tributes page to make it easy to share your memories.

Joseph Doyle “JD” Davis went home to the Lord surrounded by his...