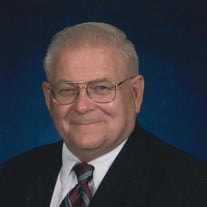 Glenn E. Schneider of Montgomery, Texas passed away on Saturday, January 15, 2022 at age 82. Glenn was born to Ewald and Margaret (Schmidt) Schneider on May 13, 1939 in Hartford, Wisconsin. He is preceded in death by his parents, stepfather, Eddie Troeller, brothers, and sister, Gene Schneider, Jack & Mary Schneider , sister, Mary (Russell) Wagner, stepbrother Jimmy Troeller, nephew, Carl Schneider. He is survived by his wife, Shirley (Hunsley) Schneider, sons, Jeff (Leea) Schneider, Mark (Nikki) Schneider, granddaughter, Maddie (Ian)Safford , great grandsons, Gideon and Uriah Safford, sister in law, Jeanette Schneider, brother & sister-in-law, Jerry & Paula Hunsley, numerous nieces, nephews and a host of friends. Truck driver and motorcoach operator by trade; he was an entrepreneur for sure. He ran a common carrier route throughout the State of Wisconsin. This turned into starting a tour company under the name of Leisure-Way Travelers, Ltd, which operated in the United States and Canada. This business was expanded into a full service travel agency where motorcoach tours became very popular in Wausau, Wisconsin. This offered the couple to set up motorcoach tours for seniors. He as the driver and his wife as escort. This offered them an opportunity to travel to all of the United States and Provinces of Canada and to visit all of the major tourist attractions. In the years between 1985-1991, purchased a lodge in Northern Wisconsin and started an excursion boat business on the beautiful Willow Flowage. He built two vessels, The Wilderness Queen, which accommodated 80 passengers and the Northwood Star which held 55 passengers. These were used to operate nature sightseeing and dinner cruises. An opportunity became available in 1991, in Conroe, Texas, where they purchased the sternwheeler “The Landing Queen”. At the insistence of his wife, the vessel was re-named The Southern Empress. The first six months was spent renovating the vessel. Operation became available on September 8, 1991. It became a popular venue; open to the public for dinner cruises, corporate outings, wedding, and receptions and for motorcoach tours. The couple was very involved in the community. Business was sold in 2000. A couple of years were spent traveling to Wisconsin, Colorado and Michigan. Retirement wasn’t for Glenn. The couple purchased the Montgomery Methodist Church and Fellowship Hall located in Montgomery. After spending some time remodeling, it was turned into a wedding facility with chapel and banquet/reception capabilities under the name of The Bells of Montgomery. He retired in 2002 for health reasons. He especially enjoyed going out with his luncheon group every Thursday, which consisted of Buddy Holcombe, Doug Dunaway, Charles Cluxton, Thurm Hartley, Bob Kendrick, Pastor Cabe Mathews, and Pastor Doc Jones. A special thank you to Dr. George Boyle, Dr. Shane Simpson, Dr. Glen Berwick and to Dr. Paul Cunningham for all the great care, and kindness shown to him throughout the years. Health was a major problem for Glenn, but he always remained positive and had a smile on his face . An additional thank you to his caregivers, Karen Pruitt and Pat Mahlmann. A memorial service will be held on Saturday, April 9th at 2pm at the Montgomery United Methodist Church , 22548 Texas 105, Montgomery under the direction of Sam Houston Memorial Funeral Home.. His family would appreciate any donations be made to the Montgomery United Methodist Church, Box 1330, Montgomery 77356 in his memory. You may leave written memorials to his family at www.shmfh.com.

Glenn E. Schneider of Montgomery, Texas passed away on Saturday, January 15, 2022 at age 82. Glenn was born to Ewald and Margaret (Schmidt) Schneider on May 13, 1939 in Hartford, Wisconsin. He is preceded in death by his parents, stepfather,... View Obituary & Service Information

The family of Glenn E Schneider created this Life Tributes page to make it easy to share your memories.

Glenn E. Schneider of Montgomery, Texas passed away on Saturday,...

Send flowers to the Schneider family.