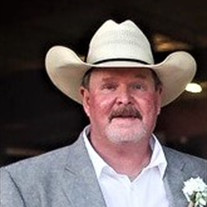 Emmitt DeWayne Williams, 58 years old, passed away in Huntsville, TX on August 30, 2021. Emmitt is survived by his son Cody Williams and wife Jessie, son Tanner Miller and girlfriend Hannah Robertson, brother Lance Williams and wife Tina, sister Pamela Williams, and many nieces and nephews. Emmitt is preceded in death by his daughter Keli Williams, son Justin Isbell, father Emmitt Franklin Williams, mother Elizabeth (Liz) Williams, and sister Carol Robertson and husband Arthur. Emmitt was raised in Huntsville, TX where he put down roots and gained lifelong friendships. He worked for Gulf States Utility, went overseas to Iraq as a contractor, and held other jobs as a truck driver, operator, and mechanic. Emmitt loved music and played in several bands throughout his lifetime. You would normally find him center stage belting out some tunes and/or playing the guitar. His favorite genre was country music but he also enjoyed southern rock. It was a rare occasion if he wore something other than his Wrangler jeans, a button up dress shirt, and a cowboy hat. He would break out the felt hat as soon as the cooler weather approached and that straw hat when the Texas heat came back. Emmitt will be greatly missed but will live on through the memories created and the love he shared. A memorial service will be held on Friday, September 3, 2021, at 2:00pm, at the Sam Houston Funeral Home in Huntsville, TX. Memorial condolences may be made to the family at www.shmfh.com.

The family of Emmitt DeWayne Williams created this Life Tributes page to make it easy to share your memories.