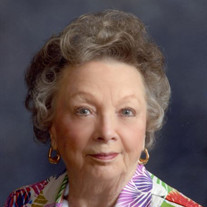 Dorothy Jean Robison Thomason was born February 10, 1928 in Houston, Texas and died January 24, 2022 in Huntsville, Texas. She was the daughter of Dorthula Moseley Ezell and Omar Robison and the stepdaughter of Edwin James Ezell. Her ancestors were business, political and civic leaders in Arkansas and Louisiana, including Arkansas Governor Harvey Parnell. Dorothy Jean (Dot) graduated from Lamar High School in Houston, Texas and attended Sam Houston State University (SHSU) majoring in Business Administration and Music. She studied voice and sang in the SHSU Acapella Choir, First United Methodist Church Choir and First Presbyterian Church Choir. She also sang in The Day Dreamers, a six member all female group that performed numerous places and on the Texas Quality Radio Network, where they sang "Remembering You" composed by their friend David Adickes. While at SHSU she was also a member of the Philomenthean Literary Society known as "Philos", that subsequently became the Delta Zeta Chapter of the Zeta Tau Alpha. While attending SHSU, Dot met Rawle Buckner (Buck) Thomason, who had just returned from World War II where he served as a Marine Aviator and First Lieutenant for the U.S. Marine Corps. They married on June 8, 1946 and lived with Buck's family for several years. During those years she learned the gift of hospitality from her gracious mother-in-law, Marguerite Eastham Thomason. It was through encouragement from Marguerite, Edwin James Ezell and her husband Buck, that Dot and her mother opened Ezell's Youth Shop in downtown Huntsville, Texas. She enjoyed working with her mother as a buyer of inventory and bookkeeper and they operated the store for almost 20 years. Dot also continued her interest in business by consulting with Buck and family members on numerous real estate projects, including Forest Hills and Pinecrest subdivisions. She maintained Thomason Cattle Co for years after Buck's death. Dot was very active in her community throughout her life. She was President of Huntsville Parent Teacher Association and oversaw the first Halloween Carnival and first Silver Tea fund raisers for the organization. She was a Charter Member and past officer of the Huntsville Study Club and a member of the Huntsville Newcomers Club. Dot was a chairman of the local Zeta Tau Alpha Alumni Association, an officer for the Mary Martin Elmore Scott Chapter of the Daughters of the American Revolution, served on the City of Huntsville Arts Commission and was a volunteer for the Wynn Home in Huntsville. She was also a member of United Daughters of the Confederacy, Daughters of the American Colonists and Colonial Dames XVII Century. She was a Deacon and Elder at First Presbyterian Church in Huntsville where she previously taught Sunday School and served as President of the Women of the Church. She was an avid student of the Bible and served as a leader and member of Bible Study Fellowship, participated in many Joy of Living Bible Studies as well as numerous Beth Moore Bible Studies. She also was a member of the Raven Investment Club and member of the Outlook Club where she presented over 30 book reviews. Dot had a keen appreciation for art and traveled extensively with Buck and family members to visit museums all over the world. Her love of travel continued throughout her life and she made numerous trips with her friends. One of Dot's most enduring accomplishments was entertaining family, friends and citizens of Huntsville in her home. She loved sharing her kitchen and sending food to many friends in their time of need or illness. This was made possible by her loving companion, Lenora Shaw, who worked for over 50 years side by side with Dot and was by her side until the very end. She was preceded in death by her parents Dorthula Moseley Ezell, Omar Robison, her step- father Edwin James Ezell and her loving husband, Rawle Buckner (Buck) Thomason. She is survived by her four children, R.B. Thomason, Jr. and wife Sidney, Jeanie Thomason Smith and husband Marshall, Edwin Eastham Thomason and wife Sandy, and Dell Parnell Thomason; her eight grandchildren William David Toney II (Jennifer), Edwin Dean Thomason (Rosi), James Thomason Toney, Stacy Thomason Carroll (Adam), Laura Thomason Scott (Hank), Charles Hendon Thomason, Buckner Thomas Toney (Bambi), R. B. Thomason III (Alexis), thirteen great grandchildren and one great-great grandchild. Serving as pallbearers are Jeffrey Bradley, Larry Winkleman, Don Burton, Kelvin Steely, Mance Michael Park and Judge Danny Pierce. Honorary pallbearers are Doyle Stuckey, Bill Mac Moore, Dr. Charles Monday, Dr. Marsh Miller, Ralph Lawson, William Durham, Dr. T. C. Cole, Jr., Jim McAdams, Judge William McAdams, and George Hobbs. Special thanks to the ladies from Divine Life Change, LLC in Huntsville for their tender loving care of Dot during her final weeks and to Lenora Shaw for her continued love and support to the entire family. A celebration of Dot's life will be held at First Presbyterian Church in Huntsville, Texas on Friday, January 28, 2022 at 10:30 a.m. Should friends or family desire, donations can be made to the First Presbyterian Church Dorothy R. Thomason Music Scholarship Fund, the National Multiple Sclerosis Society or the charity of your choice. Memorial condolences may be made to the family at www.shmfh.com.

Dorothy Jean Robison Thomason was born February 10, 1928 in Houston, Texas and died January 24, 2022 in Huntsville, Texas. She was the daughter of Dorthula Moseley Ezell and Omar Robison and the stepdaughter of Edwin James Ezell. Her ancestors... View Obituary & Service Information

The family of Dorothy Jean Thomason created this Life Tributes page to make it easy to share your memories.

Send flowers to the Thomason family.