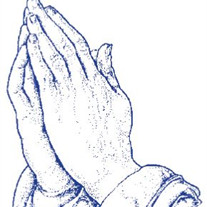 David Hosea, 65, died Thursday morning August 12, 2021, at Memorial Herman, The Woodlands Hospital. He was born November 16th, 1955, in Houston, TX. David served in the U.S. Navy following High School graduation. After serving in the Navy, he married Karen Byrd Hosea and went to work for the Texas Department of Corrections, which he retired from as a Captain of Corrections. David was a long-time loyal member of the Masonic Forrest Lodge #19. He served in many offices within the lodge and was very involved with many of their charitable events. David was preceded in death by parents Earl and Jane Hosea, wife Karen Hosea, Niece Maranda Hosea, and grandparents, aunts, and uncles. David is survived by Daughter Tammy Jo Hosea, grandson Collin Vaco, granddaughter Kylee Jo Vaco, Son Kris Darrett Hosea, and grandson Holdyn Hosea all of Huntsville, TX. Two sisters and Spouses Elva and Donald Scholebo of Mobile Alabama, Deborah and Wayne Cason of Omaha Texas, One Brother Michael Hosea of Haysville Kansas, and numerous Nieces and Nephews A memorial service will be held 11 a.m. Monday Aug. 16, 2021, at Sam Houston Memorial Funeral Home, Huntsville, TX. In lieu of flowers those who wish to remember David in a special way may make donations in his memory to the Masonic Forest Lodge #19 Scholarship Fund. Condolences to family may be made at www.shmfh.com.

The family of David Hosea created this Life Tributes page to make it easy to share your memories.

Send flowers to the Hosea family.