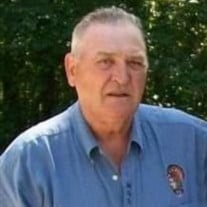 Woodrow Norman Smith “Woody” was born to Hillary and Lena Smith on October 23, 1937, in the small town of Coldspring, Texas. He was one of eleven children. He went to be with our Lord on September 29, 2020, at 3:05 pm at 82 years of age. Woody attended Coldspring High School where he played football all four years, and graduated with his diploma in 1956. He later attended the University of Houston. Woody worked various jobs throughout his life until he opened his own machine shop in the late 70’s. He semi-retired in 1984 when he started splitting his time between Texas and Missouri. In high school, Woody met the love of his life, Martha Jean Currie. On May 25, 1957, the two wed in Martha’s family home. They moved to Houston, Texas, where they started their family. They had two children, Russell and Teresa. Woody fell in love with Missouri country life, and he quickly became an avid turkey hunter. He spent the rest of his life building friendships, serving in his church, and loving his family. Woody was preceded in death by his parents, Hillary and Lena Smith, his parents-in-law, Eli and Lula Currie, nine siblings, son, Russell Smith, great-grandson, Christopher Wise, and brother-in-law, Gary Bennett. He is survived by his wife of 63 years, Martha Smith, his daughter, Teresa and husband, Jimmy Smith, grandchildren, Eli Smith, Kelly and Brian Bulgier, Kevin Todd and Mele Pegoda, Leslie and Miguel Nieves, Trevor and Connie Smith, and Wendy Smith, great-grandchildren, Carlie, Gabe, Isaac, Caleb, Ariel, Belle, Elijah, Phillip, Peyton, Sydney, Natasha, Brooklyn, and Lincoln, brother, Dale and wife, Yvonne Smith, sisters-in-law, Ann and husband, Delven Hoot, Jeanette and husband, Keith Allen, and Shirley Bennett, numerous nieces and nephews, special families, Corey and Candice White and Richard and Linda Gerard, other relatives, friends, and church family who will dearly miss him. Service is 10am, October 8, 2020 at Center Hill Cemetery, Oakhurst, TX. Those wishing to leave memorial condolences for the family may do so at www.shmfh.com

The family of Woodrow Norman (Woody) Smith created this Life Tributes page to make it easy to share your memories.

Send flowers to the Smith family.