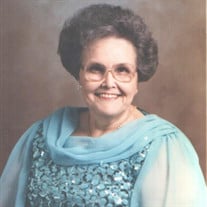 Mrs. Virginia Lee Swayzee Keasling died March 14, 2022 in her home at Regent Care of the Woodlands. She was 89 years old. Virginia Lee was born in Little Rock, Arkansas on July 18 1932. At the age of three months, she moved with her parents, Hugh Ben (Dutch) and Oneita Mae Swayzee to Overton, Texas. She remained for most of the rest of her life as resident of the State of Texas. She graduated from Ball High School in Galveston, Texas in 1950, (Mid-Century Class) and graduated from Draughn’s Business College in 1952. She worked for Thomas W. Blake of Blake Oil Company in Houston, Texas for thirty-three years where she was a Corporate Secretary as well as the Office Manager. She also had a second career as City Secretary of the City of Montgomery, Texas. She married Floyd Keasling on October 27, 1973. Virginia and Floyd joined Montgomery Chapter of the Order of the Eastern Star in 1976. They served as Worthy Matron and Worthy Patron in 1981-1982. She served as Worthy Matron of Spring Chapter No. 1105 and Waller Chapter No. 1047. She served as Spring Chapter’s Secretary for 13 years. She is also a member of Klein Chapter No. 1141 and Andral Vann Chapter No. 741. She has many close friends in Eastern Star, especially Regina and Paul Garner, Melba Jean and N.W. Hanna and Rita Lytle. In Grand Chapter she served as Grand Chaplain during the term of Sharon Fentress in 2001-2002. She served as Grand Representative to Montana and also to Texas. She was Deputy Grand Matron under Sherrill Cain and served in many other offices of Grand Chapter. Many Past Grand Matrons and close friends have gone before her, Mrs. Sherrill Cain, Mrs. Wanda Fairchild, Mrs. Sharon Fentress, Mrs. Beulah Speer, Mrs. Melissa Hudman and her best friend Mary Nan Anderson. She is preceded in death by her grandmother, Mrs. Ocie Lee, her parents, Hugh Ben Swayzee and Oneita Delaney, her husband, Floyd Keasling, her son, Paul Amos Pruitt and her sister, Bennie Mae Henry. She is survived by her daughter, Rebecca Thomas and her daughter and son-in-Law, Rachael and Larry Miller. Her Grandchildren, Lawrence and Lisa Miller and Jessica and Mathew Donnenwirth. She was blessed with the following Great Grandchildren, Emma Grace Donnenwirth, Caleb Matthew Donnenwirth, Lillian Rachael Miller and Layla Rose Miller. She is also survived by her sister, Bennie Mae’s children, Mr. Jimmy Roller, Mrs. Rosemary Reed, Mrs. Debbie Booth, Mrs. Mary Ann Caraway and Mr. John Roller and their families. Virginia is the oldest remaining member of her original family and is survived by her two beloved cousins from Arkansas, Mrs. Evelyn Freeman and Mrs. Charlene Brazil. Virginia was a member of the Methodist faith all of her life and is currently a member of the Woodlands Methodist Church.

Mrs. Virginia Lee Swayzee Keasling died March 14, 2022 in her home at Regent Care of the Woodlands. She was 89 years old. Virginia Lee was born in Little Rock, Arkansas on July 18 1932. At the age of three months, she moved with her parents,... View Obituary & Service Information

The family of Virginia Lee Swayzee Keasling created this Life Tributes page to make it easy to share your memories.

Send flowers to the Keasling family.