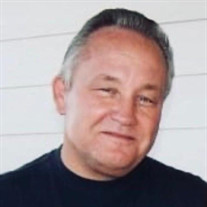 Timothy Lee Massey was born October 30, 1952 to Chester and Betty Massey in Houston Texas. He attended John H. Reagan High school class of 1971. Following high school, Tim enlisted in the United States Marine Corps serving honorably until 1976. Once his period of service concluded, he returned to Sam Houston State University where he graduated with his Bachelors of Arts in physical education in 1980. He went on to have a highly respected career within TDCJ as a correctional officer at Diagnostic, Jester III, Pack II, Wynne, Ellis I and Estelle. During his career, he trained and mentored many who remained as close as a second family. Timothy loved his friends and family fiercely. He is preceded in death by his mother, Betty Massey, father, Chester Bryan Massey, older brother Richard “Rick” Massey, and younger brother, Mark Massey. Timothy is survived by his eldest brother David Massey; wife Cindy Massey, his daughter; Melissa Massey-Maroni; son-in-law Christopher Maroni, granddaughter, Emma, and his grandson Joseph Maroni. As well as nieces and nephews; Chris, Carrie, Lauren, Michael, Rick, Amy, Tannis, Randi, and Shane. He will be remembered as a devoted brother, uncle, friend and most importantly a loving father and grandfather. For those wishing, a memorial donation can be made in his name to www.kidney.org and to consider becoming an organ donor. A memorial service honoring his life will be held on Saturday, June 5, 2021 at Sam Houston Memorial Funeral Home in Huntsville, TX at 2:00pm. Those wishing to leave memorial condolences for the family my do so at www.shmfh.com

The family of Timothy Lee Massey created this Life Tributes page to make it easy to share your memories.