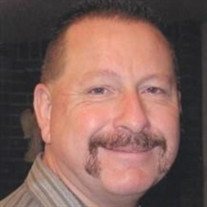 Steven Todd Young, age 58, of Willis, tragically passed away Tuesday, Jan. 19, 2021 at his home. Steven “Steve” was born on August 8, 1962 in Pasadena, Texas to parents, Verlon Oscar and Frances Louise Young. Steve loved the Lord and was a faithful member at Grace Church in Willis. He had a servant heart, was a prayer warrior and participated in various activities including being a sponsor in the yearly church youth camps. He loved the great outdoors and enjoyed fishing, especially Bass fishing, where he entered and won several bass tournaments. He also fished in his Kayak when he got a chance. He liked to hunt deer and ducks. His passion was restoring and working on his 1985 CJ-7 jeep, which he affectionally called “Sweet Nichole” and had planned to go on road trips. He loved to grill on his BBQ pit and could cook a fantastic steak! He had a great sense of humor and could make you smile because he was so witty. You never knew what he would say to make you laugh. He graduated from South Houston High School in South Houston, Texas in 1980 then worked in various jobs as a Maintenance Mechanic. In 1991 he began working with Drexel Oilfield Services as an Assistant Maintenance Mechanic. He transferred to the Assembly department in 1995, then in 2005 he became a Sr. Planner for the Production Control Department. He was with his company over 29 years and very dedicated. He had a big heart and was always lending a helping hand at work or in the community. Steve is survived by his sisters, Janie Tatum and husband Byron; Terri (Sue) Edwards and husband Roger; brother, Thomas Richard Young and nieces, nephews, other relatives and several close long-time friends that were like brothers to him. He was preceded in death by his parents, Verlon Oscar and Frances Louise Young and close family friend Conway “Arkie” Matlock, who was like a second father to him. A Memorial Service and Celebration of Steve’s life will be at Grace Church in Willis on February 20th at 10:00 a.m. with Pastor Joe Bogue officiating. You may watch the service live streaming on the church’s Facebook page, Grace Church Willis. On the Sam Houston Funeral Home website, www.shmfh.com. you are invited to leave condolences by selecting Steven Todd Young’s Obituary. In lieu of flowers you may make contributions to St. Jude Children's Research Hospital and mail your donation to St. Jude Children's Research Hospital, 501 St. Jude Place, Memphis, TN 38105 or to the charity of your choice. 2/18/21 update: The Memorial Service WILL be held Saturday, Feb. 20 at 10:00 a.m. at Grace Church in Willis.

The family of Steven Todd Young created this Life Tributes page to make it easy to share your memories.

Send flowers to the Young family.