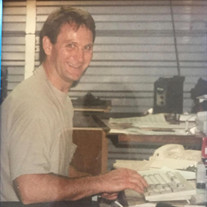 Our “little” brother Steve Pazder, affectionately known as Bernie, passed away peacefully in his sleep on December 15, 2020. He was 57. Even though we grieve he is not here with us, we have faith that “to be absent from the body is to be present with the Lord.” And God’s goodness was in the midst of this. Steve had just spent a long weekend in his favorite place - Gulfport, Mississippi with his best friend Dale Rimmey and oldest sister Deb. He’d spent weeks going all out for Christmas - extensively decorating his condo and Texas farm and shopping for gifts which were already wrapped and left under the tree. He even left his 5 rescue dogs new collars and treats. Steve’s generosity had no bounds. He’d just gifted a struggling waitress a $100 tip and flown his sister down from Oregon. He bought acreage and built a home for his parents even though he lived in a barn. His neighbors commented that he’d done more for them than they did for him. He would’ve given the shirt off his back if needed. His heart was enormous. Steve was a kid at heart and never lost his enthusiasm for life even though he dealt with Type 1 diabetes. An avid Eagle Scout who loved the outdoors and was health conscious, he was a lifelong weight lifter and even built his own home gym. He embraced physical challenges like the Texas MS-150. Even though he had no experience and little time to train, he raised supporters and rode in the cold rain on a challenging bike leaving us with the funny stories to last a lifetime. He was extremely creative when it came to home remodeling and gardening - decorating his gardens with bridges, pink flamingos, gnomes, a wishing well and even repurposing a children’s outdoor building to serve as a pump house. Steve was very smart and had an amazing perspective - always upbeat and positive, he saw the good in situations. He had a successful career in IT and was blessed to retire early at 54 at which point he began to travel, re-model and rescue more dogs! His parents, Stan and Deanna, preceded him in death (2017). His remaining family include sister Dawn Laurel, husband Steve, niece Abby and nephew Ian. Sister Deb Taylor, husband Tom, nephew Alex and his precious daughter Emma who loved to “hug Uncle Steve up.” And many wonderful aunts, uncles and cousins in Michigan and Indiana. Steve was most grateful for his “second” family on the east coast where he was fondly known as Uncle Bernie. They include Dale Rimmey and his mom, Patricia, Larry and Rhonda Rose and their children Andrew and wife Olivia, Brittany, husband Adam and son Landon and Rhonda’s mother Margaret. May you Rest In Peace Steve until we meet again when there will be no more tears.

The family of Steven Bernard Pazder created this Life Tributes page to make it easy to share your memories.

Send flowers to the Pazder family.