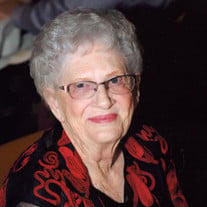 Shirley Ann McKenzie Hardy, 85, of Huntsville, Texas, passed away on August 29th, 2021, in Huntsville. She is preceded in death by her husband of 47 years Garland Presley Hardy, her son Gregory Paul Hardy, her parents Sidney McKenzie and Artie Gage McKenzie, her sisters Ruth Moser, Sue Nash and infant Audrey, her brothers Murphy, S.L., Austin, and Martin McKenzie. Shirley was born and reared in Tennessee Colony, Texas, a graduate of Palestine High School. Shirley began her career at Southwestern Bell, where she met her Prince Charming, Presley Hardy, through his sister, a coworker/roommate. They were married on September 29, 1956, McAllen, Texas, before settling in Huntsville in 1962. Shirley is survived by her brother Jerry McKenzie, and sisters-in-law Sue Hardy, Janell Cech, Carolyn Brookins; her daughter Cynthia Hardy; her son Roland Hardy and wife Kristy; three grandchildren Elizabeth Henneke and husband Keith; Cade Hardy and wife Nikki, and Emily Hardy and partner Sara Vreeland; two great grandchildren Hardy and Hunt Henneke; her best friend Hurlene Savage; and many very special nieces and nephews. Shirley retired from the Walker County Sheriff's Office in 1998, after almost 30 years as a Deputy Sheriff, many of them as a Sergeant. During this time, she raised her family and became a sponsor of the Christian Youth Fellowship. What started out as a temporary position became a career worthy of Shirley's fiercely organized mind and dynamic and outgoing personality. After retirement, Shirley and Presley planned to travel and live the country life. Unfortunately, Presley passed away in 2003; and Shirley reinvented her future and herself. She became a fitness coach at Curves Workout for Women, joined the Optimist Club, led the Salvation Army's local efforts, and volunteered at the Friends of the State Park. Shirley will be remembered for her intense love of travel. She traveled throughout the continental United States, explored Europe and her Scottish heritage, and became a lover of cruises. She and her traveling buddies, Hurlene and Cindy, especially loved Alaska and brought family and friends to share that majestic landscape with them. Shirley will live in the hearts of the many whose lives she touched, from her family, who centered their lives around this deeply charismatic, strong woman to her friends, who loved her zest for life and thirst for adventure. The family extends its thanks to St. Joseph's Hospice and Shirley's nurses Millie, Sabine, and Jessica. Visitation will be held on Tuesday, August 31, 2021 from 5:00 - 7:00 pm and services will be Wednesday, September 1, 2021 at 2:00 pm, both being at Sam Houston Memorial Funeral Home in Huntsville. Burial will follow at Brooke Cemetery. Memorial condolences may be made to the family at www.shmfh.com.

Shirley Ann McKenzie Hardy, 85, of Huntsville, Texas, passed away on August 29th, 2021, in Huntsville. She is preceded in death by her husband of 47 years Garland Presley Hardy, her son Gregory Paul Hardy, her parents Sidney McKenzie and Artie... View Obituary & Service Information

The family of Shirley Ann Hardy created this Life Tributes page to make it easy to share your memories.