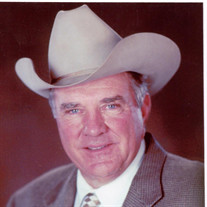 In the early morning hours of Saturday, February 20, 2021, as the winter snow began to melt away and the sun shone brightly for the first time in days, Robert Lee Bruner left this earth and was face to face with his Lord and Savior, Jesus Christ.... View Obituary & Service Information

The family of Robert Lee Bruner created this Life Tributes page to make it easy to share your memories.

Send flowers to the Bruner family.