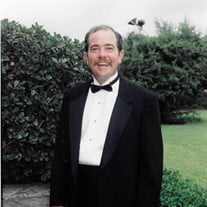 A Funeral Service will be held for Mr. Ricky Alan Culver at 11:00 AM on Friday, March 5th, 2021 at Sam Houston Funeral Home in Huntsville, Texas. Mr. Ricky was 60 when he passed away on Thursday, February 25, 2021 in Huntsville, Texas. The family requests that visitation be observed at Sam Houston Funeral Home on Friday, March 5th, 2021 at 10:00 AM to time of service. He was preceded in death by his mother, Mary Beth Culver; his brother, Billy Crews Culver, Jr.; and his sister, Diana Gayle Lewis. Survivors include his father, Billy Crews Culver; his wife, Sylvia Culver; his daughter, Katrina Culver and spouse, Ryan Bennett; his daughter, Karly Culver and boyfriend, Charles Riley; his nephews, Brandon Isemann, George Lewis, Ricky Delgado, Michael Delgado, and Bryan Garcia; his nieces, Lindsey Beth Purvis and Nidia Garcia; and many bonus children, Melissa Grimes, Matthew Lampson, Jared Lampson, Nicole Kohers, Jessica Kohers, and Emily Annette White. Ricky Alan Culver was born in Glendive, Montana in 1960 and moved around to various places, such as Sterling, Colorado; Harvey Lousiana, and many others. He graduated High School in 1978 from Gregory Portland in Corpus Christi, Texas. He then went to Texas A&I University in Kingsville, Texas and graduated with a bachelor's degree in Natural Gas Engineering and pursued a career with Parten Oil Company for 32 years in Madisonville, Texas. During his time at college, he met the love of his life, Sylvia Culver, in bowling class where she later “BEGGED” him to marry her, as he would tell the story. They have been happily married, most of the time (depending on the day, or even the hour) for 32 years. Rick enjoyed riding motorcycles with his brother and during his free time. He also enjoyed driving around town in his Chevy 56’ with his favorite dog, Grey. Above all, he loved spending time with his family and friends. Rick was an incredible husband, father, son, and friend to everyone he met. He never met a stranger and would talk to them for hours if he could. He will be missed beyond words by many. Those wishing to leave memorial condolences for the family, may do so at www.shmfh.com. In lieu of flowers, please consider making a donation to the Culver Family for a future scholarship. https://www.tributeslides.com/tributes/show/ZCSRX8K57PDW39LG

The family of Ricky Alan Culver created this Life Tributes page to make it easy to share your memories.

Send flowers to the Culver family.