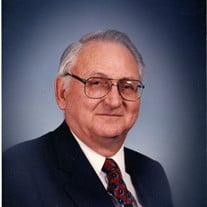 Rayford (Ray) Howell Moore was born July 5, 1929, to Rayford Hulon Moore and Leita Howell Moore in Freestone County, Texas. He was brought to Huntsville as soon as mother and baby were able to travel. Ray attended Huntsville public schools, graduating from Huntsville High School in 1945. He attended Sam Houston State University (then Sam Houston State Teacher's College) until 1948 when he enlisted in the United States Air Force. Ray liked military life, and after the Korean War erupted in 1950 when all enlistments were frozen, he decided to make the Air Force his career. He applied and was accepted for Officer Candidate School, but an accident rendered him physically unfit for this program. Ray married Edith Agnes Pacheco of Warwick, Rhode Island. He saw service in Texas, Alaska, Louisiana, Massachusetts, and Hawaii, with temporary assignments to Greenland, Bermuda, and the Philippines, as well as many Air Force bases in the United States. Retiring from the Air Force in 1969, Ray and Edie made their home in San Antonio, Texas, where Ray worked as a federal government representative for Addressograph-Multigraph Corporation. After Edie's death in 1981, Ray traveled the country in his motor home until he saw the need to help with his aging parents. He returned to Huntsville in 1989, where he met and married Doris Simmons Clark in 1992. Ray was a member of the First United Methodist Church where he had served as an usher. He and his wife Doris were active members of the J.O.Y. Sunday School class for more than 30 years. Ray also became proficient in computer skills and often made slide shows and CDs for family and friends. During a marriage of thirty happy years, Ray and Doris enjoyed playing bridge with friends and working crossword puzzles together. He greeted each day with cheerfulness and overlooked imperfections in his fellow man, and he always read the comics in the paper first. Ray is survived by his wife, Doris, step-son Rand Clark of Pasadena, step-daughter Sunny (Vicki Lynn) Clark of Austin, step-daughter Leah Clark Alexander and husband Ford of Austin. Grandchildren are McKenzie Clark of Austin, Canaan Clark Bateman of Austin, Lincoln Clark Bateman at Texas A&M, and Harrison Clark and his wife Britteny of Pasadena. Other survivors are brother Joe Moore of Huntsville, and sister Jan Moore Campbell and husband Ted of Huntsville, along with nieces and nephews and their families: Sherry Allen, Robert Moore and wife Rhonda, Ronald Moore, Tim Campbell, Jill Campbell, Chris Campbell and wife Lesley. He also leaves behind his furry, four-legged best friend "Louie". Services will be held at 2 p.m. Sunday, March 6, with visitation at 1 p.m. at the Sam Houston Memorial Funeral Home. Burial will be at a later date in Fort Sam Houston National Cemetery in San Antonio. In lieu of flowers, memorial contributions may be made to First United Methodist Church in Huntsville. Memorial condolences to the family may be made at www.shmfh.com.

The family of Rayford Moore created this Life Tributes page to make it easy to share your memories.

Send flowers to the Moore family.