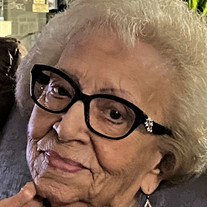 Peggy Jean Kroesche, 83, of Huntsville, Texas passed away on August 25, 2021 in Huntsville. She is preceded in death by her parents Dolly Hightower, Gladys Hightower and sisters, Dolly Anne Koenning, Mona Minter, and Mary Ellen Chron Peggy was born to Alfred "Dolly" Hightower and Gladys Sheffer Hightower on January 1, 1938 in Huntsville, Texas. She married Milton Wayne Kroesche September 15, 1956 in Rosenberg, Texas. Along with being the love of Milton's life for almost 65 years, Peggy was mom to sons Clinton Wayne Kroesche and wife Marilyn, Larry Kendall Kroesche and wife Kim, and Rowdy. She was the world's best Mimi to grandchildren Grayson Hunter Kroesche, Rachel Nicole Kroesche and fiancé David Wilganowski. Peggy was sister to Betty Schatz (Lyndon), Buck Hightower (Mary Francis), Clarence Hightower (Susan) and Gerald Hightower, Aunt Peggy to numerous nieces and nephews, and friend to too many to mention. She supported Milton in his duties as a Texas Game Warden. She worked for the Walker County Courthouse as court coordinator and the Walker County Sherriff's Office. She was very active with youth baseball and managed the concession stand at Josey Field for 11 years. She volunteered at Huntsville Hospital for 10 plus years as a Gray Lady of the candy striper program. She was a sports enthusiast who supported the Aggies, Astros and most of all, her beloved Cowboys. She was a member of the Women's Walker County Republican Party and a long time, faithful member of Wesley Memorial United Methodist Church. Her greatest joy in her life was her family and her most senior title was Mimi! Pallbearers Clinton Kroesche, Larry Kroesche, Hunter Kroesche, Les Schatz, David Wilganowski, and Mike Boone The family is extremely grateful for all the support of friends and family but would like to especially thank Debbie Dixon and Pat Graham. Visitation will be at 2:00, Sunday August 29, 2021 at Sam Houston Memorial Funeral Home, 1700 Normal Park, Huntsville, Texas 77340, service following at 3:00 and laid for internment at Mayes Addition of Oakwood Cemetery, Huntsville, Texas. Officiated by Kimberly Carney, Wesley Memorial United Methodist Church. In lieu of flowers, donations can be made to Wesley Memorial United Methodist Church. Memorial condolences to the family may be made at www.shmfh.com. The family is requesting that everyone in attendance please wear a mask and social distance.

The family of Peggy Jean Kroesche created this Life Tributes page to make it easy to share your memories.

Peggy Jean Kroesche, 83, of Huntsville, Texas passed away on...

Send flowers to the Kroesche family.