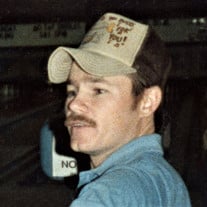 Paul Dale Sherling received his angel wings on February 14, 2022. Paul was born in Plant City, Florida on January 15, 1962. His family came to Texas and made Huntsville their home in 1973. Paul was a graduate of Huntsville High School in 1981. Paul was preceded in death by his parents, Robert Lee and Marie Yvonne Sherling. Paul is survived by his son, Chance Sherling, wife Abbagail, and their blessing, Sybyl Jade; his brother Tony Sherling and wife, Rhonda D. Sherling; brother, Mike Sherling and wife, Rhonda S. Sherling; and brother Tommy Clark and wife, Katrina, and numerous nieces, nephews, family and friends. Paul was currently employed at Huntsville Wholesale, where he had been an employee for 20 years. Previously he was employed by Commercial Coating, and was a member of the champion cook-off team with the company. The joy of Paul's life was his son, Chance, and later added blessings, Abbagail and Jader Tater, aka Sybyl Jade, his granddaughter. Paul and Chance had many adventures together. Their favorite hobbies were racing on the dirt tracks in Willis, Cleveland and at Thunder Mountain in Rusk. There was not anything that he could not take apart and put back together or fix. Paul, Chance, and his brothers and friends, spent countless hours building race cars and motors. In his younger day's he enjoyed riding dirt bikes with family and friends. He also enjoyed deer hunting every chance he could. He loved cooking and he learned from the best cook, his mom, Marie. Paul was always attentive to his family and friends, helping whenever and however he could. He had a heart of gold, always ready to lend a helping hand. He never asked for anything in return. Visitation will be held on Thursday, February 17, 2022 at Sam Houston Memorial Funeral Home from 5:00-7:00 pm and services will be Friday, February 18 at 10:00 am at the funeral home as well. Interment will follow at Center Hill Cemetery in Oakhurst, Texas. In lieu of flowers, funeral expense contributions may be made to Sam Houston Memorial Funeral Home at (936) 291-7300. Memorial condolences to the family may be made at www.shmfh.com.

Paul Dale Sherling received his angel wings on February 14, 2022. Paul was born in Plant City, Florida on January 15, 1962. His family came to Texas and made Huntsville their home in 1973. Paul was a graduate of Huntsville High School in 1981. Paul... View Obituary & Service Information

The family of Paul Dale Sherling created this Life Tributes page to make it easy to share your memories.

Send flowers to the Sherling family.