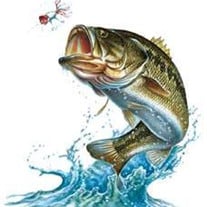 Michael (Mike) Eugene Attaway, Jr. died peacefully Monday January 31, 2022 at his home on Lake Livingston after a courageous battle with cancer. Mike was born April 11, 1947 in Sour Lake, Texas to, Jodi (Elsia Elkins) and Eugene Attaway. He attended Hardin Jefferson High School where, per his own recollection, he was the first student athlete to dunk a basketball. He played football at Tyler Junior College and the University of Houston where he earned a Bachelor's in Business Administration. As a child growing up in Sour Lake, he was surrounded by family, animals, and had enumerable mischievous adventures with friends and cousins. He was known to bring home baby alligators, snakes, raccoons, and other wildlife to raise as pets. He loved his childhood horse "Blue" and telling stories about his childhood in Sour Lake. He began a career in the oil and gas industry which took him to Louisiana, Oklahoma, and ultimately a return to Texas. In the 1990's he transitioned to work the environmental remediation field. As Vice President of Latin American business for GSE (now Solmax) he traveled extensively to Central and South America where he fell in love with the people and cultures he encountered. In the later part of his career, he managed large scale disaster cleanups from oil spills, hurricanes, and floods. His love of travel and adventure was also evident in his personal life. Nothing brought Mike greater joy than exploring a ghost town in Colorado, driving old Jeep trails looking for mines, teaching his grandkids to fish, and dragging kids around the lake on tubes until they fell off in a dramatic fashion. He spent many years living in Kingwood, Texas and returned to Sour Lake, Texas where he served on the Hardin Jefferson ISD school board for 18 years. He lived in Sour Lake until his retirement when he moved full time to Lake Livingston. He loved following his grandkids' sports teams, athletes from Hardin Jefferson, and student athletes from his son-in-law's career. HIs adventurous spirit and love of God's creatures carried forward into adulthood where he was known to spoil his pets and develop trusting relationships with the wild birds living outside his home on the lake that he shared with his wife of 49 years, Cheryl Attaway. A doting husband, his true dedication was to her and the life they created together. They spent decades caring for elderly family members and enjoyed their life together traveling, fishing, being grandparents, and spending time with their close community of neighbors. Mike is preceded in death by his parents, Jodi and Eugene, in-laws Bill and Vera Provost and brothers-in-law Billy and Robert Chambers. He leaves behind his wife Cheryl (Chambers) Attaway and children Amy Attaway Miller and husband Scott, Marcus Attaway and wife Tami, Anne Attaway Spears and husband Kenyon, brother Joseph Attaway and sister Mary Frances (Sissie) Pricer, along with grandchildren Jessica Miller, Steven Miller, Julia (Miller) Roberts and husband Ryan, Jacob Miller and wife Caitlin, Brendan Reavis and wife Taylor, Ross Reavis, Mary Chambless, Eli Chambless, great grandchildren Ella Miller, Eli Miller, Bridget Roberts, and many nieces, nephews, and cousins. The family will hold a private service honoring Mike at a later date. If inclined, donations to your favorite animal shelter or the Texas Parks and Wildlife Foundation in his name would be appropriate. Memorial condolences may be made to the family at www.shmfh.com.

The family of Michael Eugene Attaway created this Life Tributes page to make it easy to share your memories.

Send flowers to the Attaway family.