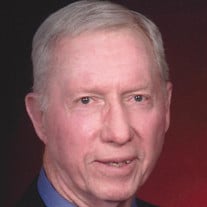 Coach Graham passed peacefully into his eternal rest at his home on October 11, 2020 – his birthday. Max Wayne Graham was a kind-hearted, patient man who loved God, cherished his family, and was well respected by all who knew him. Max was born on October 11, 1940 in Memphis, Texas to Clarence and Martha Agnes Edwards Graham. The family moved to Magnolia, Texas and lived on the J3 Ranch where his father was the horse trainer for Lester Goodson. Max excelled in Athletics at Magnolia High School, earning a scholarship to play football at the University of Arizona. He later transferred to Howard Payne University, where he continued playing football and made lifelong friends. Max began his coaching career in Tomball. He continued teaching and coaching in high schools for 37 years in Alice, Killeen, Bellville, Cameron, Lufkin, Caldwell, Frankston, and Whitehouse. He retired from Montgomery High School and then worked for ESC Region 6 in Drivers Education. Athletes and students as well as coworkers testify of his positive influence on their lives. Max and Gail (Skelton) were married on August 7, 1970 in Plano, TX and recently celebrated their 50th Wedding Anniversary. Their marriage was blessed with a son Greg and a daughter Stephanie. As life took them to different places to teach and coach, they always found a church family. They have been members of First Baptist Church in Conroe for 24 years where Max served as deacon, taught the Bible in his Life Group on Sunday mornings, and enjoyed being a greeter. Max is survived by his wife Gail, son Greg Graham, daughter Stephanie Chatfield and son-in-law Scott Chatfield; grandchildren Nicole Pina, Donovan Pina, and Devin Pina; sister Martha Kay Thompson and her husband Patrick. Other family members include Dotsie and Arden Blaylock, Rita and Richard Tucker, and Rod and Nancy Skelton. He is also survived by Celeste Graves of Magnolia, fondly known as his “Second Mom,” as well as several other family members and close friends. In lieu of flowers, donations can be made to First Baptist Church Conroe, Ladies’ Friendship Organization Scholarship Fund. A Memorial Service will be held at First Baptist Church, Conroe, Texas on Thursday, October 15th at 2:00 p.m. (Social distancing will be observed)

Coach Graham passed peacefully into his eternal rest at his home on October 11, 2020 &#8211; his birthday. Max Wayne Graham was a kind-hearted, patient man who loved God, cherished his family, and was well respected by all who knew him. Max... View Obituary & Service Information

The family of Max Wayne Graham created this Life Tributes page to make it easy to share your memories.

Coach Graham passed peacefully into his eternal rest at his home...

Send flowers to the Graham family.