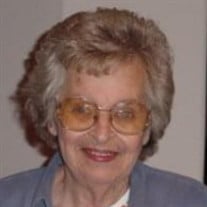 Mary Elizabeth Webster, 85, of Huntsville, TX was born in Bakersfield, California on August 6, 1935 to Russell Deyo Terry and Beulah Terry. Mary was admitted to Huntsville Memorial Hospital on December 19, 2020 and died on January 22, 2021. Mary grew up in the West University area of Houston, TX and graduated from Lamar High School 1953. She then went to work for Austin Construction where she met and eventually married her lifelong partner, Calvin Forrest Webster, on August 17, 1957 in Houston, TX. Mary and her family lived in Spring, TX from 1971 to 1995 and finally settled in Huntsville, TX in 1995. Mary’s passions were cooking, gardening, anything Texas and family history. Mary was an early adopter of Family Tree Maker and loved how the internet was created just for her research and the ability to locate and communicate with distant relatives. She will be missed for her management of the 20 plus years of family genealogy that now lives on within Ancestry.com. Mary also loved the historical San Jacinto Schoolhouse in West Sandy Community which was the location of her and Cal’s 60th wedding celebration. Mary was proceeded in death by her parents and her brothers William P. Terry and Russell D. Terry, Jr. She leaves behind her husband and two children, Donald L. Webster and Theresa E. Baldwin (Keith), 2 grandchildren Jennifer L. Vann (Daniel) and Clifford W. Baldwin (Sarina) plus 7 great-grandchildren. The family would like to thank the entire staff at Huntsville Memorial Hospital for their care and support the last month of Mary’s life and to Becky and Linda the greatest neighbors anyone could ever be blessed with. Mary will lie in state on Friday, January 29 at Sam Houston Memorial Funeral Home in Huntsville, TX and a gravesite memorial service will be held Saturday, January 30th, 2021 at 10AM at the Farris Cemetery located on FM 1791. In lieu of flowers the family suggests a small contribution to the West Sandy Community Association, PO Box 8942, Huntsville, TX 77340-0016. Memorial condolences to the family may be made at www.shmfh.com.

The family of Mary Webster created this Life Tributes page to make it easy to share your memories.

Mary Elizabeth Webster, 85, of Huntsville, TX was born in Bakersfield,...

Send flowers to the Webster family.