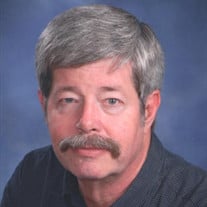 Marshall Wayne Perry age 67, of Montgomery, Texas died suddenly on January 31, 2021. Marshall was born in Detroit, Michigan on October 17, 1953 to parents, Arlon and Janette Perry. He has two younger siblings, Marc Perry and Cyndie M. Stiles. He was most proud of his accomplishment of becoming an eagle scout. Marshall left Michigan for San Antonio, Texas in 1975 after what he described as the worst winter ever and being told by his uncle Glenn that they were enjoying fun in the swimming pool. He never looked back. There in San Antonio, he met his wife, Patrice and they had two sons, Brian Arlon Perry and Matthew Charles Perry. He also has two grandchildren; Lucas and Eden Perry. Marshall worked in the transportation industry; first as a truck driver and progressed to Assistant Terminal Manager at the end of his career. He was an avid baseball fan who loved the Houston Astros. He also loved being a high school baseball and volleyball officiant for many years. At age 60, he found a new hobby, woodturning and enjoyed turning pens, bowls and crosses for family and friends. For the last three years, Marshall and Patrice enjoyed traveling in their motorhome across the USA, visiting 30 national parks, and many memorable places of interest. His family will host a visitation for friends and relatives in the Chapel of Sam Houston Memorial Funeral in Montgomery, Texas from 6pm until 8pm on Thursday, February 4th. Rosary will be held on Friday, February 5th from 10AM until 10:30AM at St. Mary’s Catholic Church in Plantersville, Texas, followed by a Funeral Mass beginning at 10:30 AM. Interment in St. Mary’s Catholic Church cemetery. You may leave written condolences at www.shmfh.com. In lieu of flowers, if you prefer, you may make a donation to the St. Mary's Men's Club Scholarship Fund, PO Box 388, Plantersville, Texas 77363.

The family of Marshall Wayne Perry created this Life Tributes page to make it easy to share your memories.

Send flowers to the Perry family.