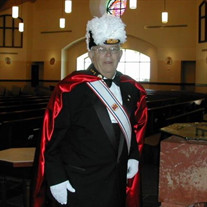 Lee Scott Price passed away peacefully at home on November 30, 2020 with his wife of 63 years at his side. He was born on October 29, 1938 in Dallas, Texas, eldest son of Archie Lee Price and Pauline Worley Price. After graduating high school from South Oak Cliff in Dallas, he attended the University of Texas at Arlington. In 1957, he married Margaret Ann Stahl at St. James Catholic Church; they proceeded to have three loving daughters. While living in Dallas, Scotty was very active in the Junior Chamber of Commerce (Jaycees), was a political Precinct Chairman and played recreational men's baseball, all while working in banking and sales. After moving to the Greater Houston Area in 1975, Scotty continued his volunteerism with the Pasadena Strawberry Festival, joined the school board at St. Pius V Catholic school and was on the Board of Directors for his residential neighborhood. He became a referee for recreational men's basketball and an umpire for recreational men's baseball. He opened Plastic Fabrication's where he designed and created a variety of unique items including pieces that were used on NASA space missions and the international flag installations that still stand outside of George H Bush Intercontinental Airport. He joined the Knights of Columbus in 1993 and remained active until his retirement to New Waverly, TX. After retiring, Scotty and Margaret fulfilled their dreams and traveled to Portugal, Italy, Rome, Hawaii, Germany, Austria and took several cruises including to Greece and Alaska. Always ready to help others and add a hearty laugh to any situation, he will be greatly missed. Scotty is survived by his wife Margaret, daughters: Teri Elizabeth Price, Margaret Lea Steinmann and husband Adam, Angela Suzette Cummings and husband Wayne, sister, Laurin Elaine Price, brothers: Michael David Price and wife Nita and Mark Christian Price and wife Cindy, grandchildren: Cade Scott Tremie, Reagan Elizabeth Tremie, Alexander Quentin Steinmann, Aidan Price Steinmann, Rhyan Ann Haworth, Avery Elyse Steinmann, Arden Grace Steinmann and Abigail Mairead Steinmann. Visitation will be Wednesday, December 2, 2020 from 5-7pm, at Sam Houston Memorial Funeral Home in Willis. Services will be held Thursday, December 3, 2020 at 2pm at St. Josephs Catholic Church in New Waverly with burial at Elmina Cemetery in New Waverly. You are invited to leave a written condolence on our website at www.shmfh.com.

Lee Scott Price passed away peacefully at home on November 30, 2020 with his wife of 63 years at his side. He was born on October 29, 1938 in Dallas, Texas, eldest son of Archie Lee Price and Pauline Worley Price. After graduating high... View Obituary & Service Information

The family of Lee Scott Price created this Life Tributes page to make it easy to share your memories.

Lee Scott Price passed away peacefully at home on November 30,...

Send flowers to the Price family.