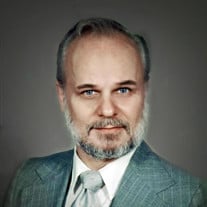 Joseph Mickle Gerica was born on the 4th of July, 1935, in Galveston, Texas, to an immigrant father (Croatia) Joseph Gerica, Sr. and Helen Claywell Gerica from East Texas. He passed peacefully from this life to the next on April 1, 2021. He maintained a lifelong love of his birth place Galveston and passed it onto his children and grandchildren as he created many wonderful memories with them there. True to his patriotic birth date and heart, Joe joined the US Marine Corp at the tender age of 17, having his mother sign permission for him. To the very end of his life, he proudly wore Marine Corp shirts, caps, and emblems. While in his last year of the service, he began to write his future wife, Joyce, whom he'd only met once at a family event with friends. He carried the photo she sent to him in his wallet all the days of his life from that day on. They began dating as soon as he was honorably discharged and returned home. One month after his discharge, he received his “mustering out” pay which he used to buy her a ring. They were married six months later and it became a marriage that was not only able to endure the many growing pains and storms of life, but blossomed into an extraordinary bond that was evident and inspiring to all those around them in their final years together. Joe was also extremely proud of his job with Maxwell House Coffee Company. His education was very limited, and he so often said this job was a direct blessing from God, especially as his family rapidly grew to four children. When their first child was born, Joe and Joyce became commited to going to church and raising their family in faith the best way they knew how. His passion for the Lord grew quickly and he and Joyce eventually joined Oak Grove Baptist Church and Joe became their song leader, as he had always loved music and singing. Pastored by his lifelong friend, Bill McDaniel, this same church eventually changed location and name to Lillja Road Baptist Church, where he lead the singing for over 40 years. He and his family developed strong bonds of friendship with all the people there that lasts to this day. Joe struggled with dyslexia and often said he really didn't learn to read until he found his love for the Bible. He would take a highlighter or underline as he read to help him focus on the order of the letters and words. His Bibles and all his study books were completely marked up. His coworkers called him preacher Joe as every day before work, he read his Bible in the lunchroom to begin his day. Joseph loved spending time and having fun with his family. Just going to the airport to watch the planes take off, going to neighborhood little league games (even when they didn't know anyone on the team), lots of park and zoo visits, the community rodeo, trips to the beach, and ball games were such special times. But the thing he and his family waited for all year long were the first three weeks of June for their vacations to Garner State Park. This is where he shined brightest, cares of the world behind him! He became a devoted and loving Paw Paw in 1980, and the number of grandchildren eventually grew to an even dozen. These were such happy days as he delighted in their every smile and giggle, and found lots of ways to bring them out. The kids enjoyed lots of sleepovers, movie nights and fun trips with their Paw Paw and Maw Maw. The last 17 years of his life, Joe had many serious illnesses when doctors said he only had weeks to months to live. But his spirit was strong and God was not through with him as he defied the odds over and over. He lead music and even did some devotionals for the people in his assisted living and nursing home until the last couple of years. He loved every activity offered to him, especially dominoes and art projects. He never tired of enjoying the simplist of pleasures, such as beautiful flowers, music, and art. The last week of his life, he would sometimes raise his right arm to move it a little back and forth with the hymns that were being sung to him, and sometimes try to move his mouth and get a sound out. He was praising God with all he had left. His final gifts to his family that week were whispers of “I love you,” and even, “After while crocodile.” Joseph is survived by his wife of 63 years Pauline Joyce Gerica; daughter Ginger Jackson and husband Paul; son Michael Gerica and wife Robin; daughter Joy Gerica Staib; son Joseph Allen Gerica and wife Patty; grandson Ryan Jackson; granddaughter Vanessa Jackson Williams (Curtis); grandson Caleb Jackson; grandson Joshua Jackson (Lauren); granddaughter Grace Jackson Huff (Nathan); grandson Jonathan; granddaughter Bethany Jackson Brookins (Josh); granddaughter Brittney Gerica Gast (Terry); grandson Micheal Gerica (Mindy); granddaughter Kellie Gerica Coburn (Mike); granddaughter Kasey Gerica Wagner (John); grandson Cody Gerica (Alexis); and 22 great-grandchildren. Joseph was preceded in death by his parents and brother Bennie Villareal. Visitation with the family is scheduled for Tuesday, April 6 from 10:00-11:00 AM in the chapel at Sam Houston Memorial Funeral Home in Willis, Texas. Funeral Service will be held immediately after at 11:00 AM with burial following service at the adjacent Willis Cemetery. You are also invited to leave a written condolence on our website at http://www.shmfh.com.

Joseph Mickle Gerica was born on the 4th of July, 1935, in Galveston, Texas, to an immigrant father (Croatia) Joseph Gerica, Sr. and Helen Claywell Gerica from East Texas. He passed peacefully from this life to the next on April 1, 2021. He... View Obituary & Service Information

The family of Joseph Mickle Gerica created this Life Tributes page to make it easy to share your memories.

Send flowers to the Gerica family.