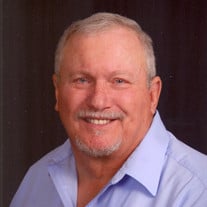 John Thomas Lindon was born on November 28, 1949 in Pawnee, Oklahoma and passed from this life on July 6, 2021 in Huntsville, Texas. He is survived by his wife of 48 years, Alice Latrelle Puckett Lindon, daughter Laurra Winn, daughter & son-in-law Abby & Travis Gautreau, son Ethan Lindon, and four grandsons, Gavin Winn, Jackson, Simon, and Wyatt Gautreau. He was preceded in death by his father & mother, James Thomas Lindon & Lena Mary Reehling Lindon, his sister, Virginia Lee Love, and his brother, James Clifton Lindon. John grew up on his family dairy farm in Hallett, Oklahoma, working hard and roaming free. After graduating high school he enlisted in the Marine Corp and received a National Defense Service Medal and Good Conduct Medal. He was injured in training and was honorably discharged. He immediately enrolled in college and attended one year at Oklahoma State University, transferring to Sam Houston State University, working as many jobs as possible while putting himself though college. He achieved a Bachelor of Science degree in Law Enforcement and Police Science, and later a Master of Arts degree in Police Science and Administration. After graduating, he was hired by Conroe Police Department in July 1972. He advanced through the ranks as Patrolman, Corporal, Sergeant, Captain, Deputy Chief, and Chief of Police, retiring at the end of March 2003, a total of 30 years & 8 months. During his tenure with the Conroe Police Department he attended the FBI National Academy, LION Training, developed the Special Weapons and Tactics Team (SWAT), Crime Scene Unit, Inservice Training Program, Conroe Area Youth Commission, CPD/FBI Regional Firearms Training Center, Mobile Command Unit, Police Department & Municipal Courts Building Project, and the Conroe Citizens Academy. He procured grants for a D.A.R.E. Expansion Project, Police equipment & technology, and Community Service Officers. John was honored with Patrol Officer of the Year in 1977, Outstanding Service Award in 1986, Sgt. Ed Holcomb, Jr. Memorial Award in 1987, an Outstanding Service Award in 2000, and the Lifetime Achievement Award in 2003. His 37 professional credentials and certifications are too numerous to list. A portion of John's Masters thesis was published in Texas Police Journal in October 1986. After retiring from Conroe P.D., John and his wife Latrelle moved to Huntsville, Texas, and he worked for State Parks & Recreation as a historical interpreter at Washington on the Brazos and site manager of Fanthorp Stagecoach Inn. After retiring from State Parks, he joined the Texas Historical Society and went on a number of digs, even contributing with his own metal detecting equipment and once helped uncover an undiscovered portion of the mission wall from the battle of Goliad. He was active in old west reenactments, cowboy shooting competitions, playing golf and cards with friends, and loved having lunch with the ROMEOs. (Retired Old Men Eating Out). John loved God and knew the blessings of God's Love. He also loved his church and Sunday school friends, though you could tell by the smiles on his face and twinkle in his eyes that John's greatest joy was his wife, children, and grand boys. We will always love you, Husband, Father & Pappy. Visitation will be held on Saturday, July 17, 2021 at 10:00 am at First United Methodist Church of Huntsville, with the service immediately following at 11:00 am. Memorial condolences to the family may be made at www.shmfh.com.

John Thomas Lindon was born on November 28, 1949 in Pawnee, Oklahoma and passed from this life on July 6, 2021 in Huntsville, Texas. He is survived by his wife of 48 years, Alice Latrelle Puckett Lindon, daughter Laurra Winn, daughter & son-in-law... View Obituary & Service Information

The family of Mr. John Thomas Lindon created this Life Tributes page to make it easy to share your memories.

Send flowers to the Lindon family.