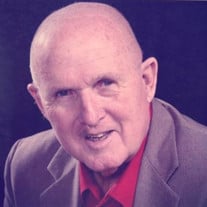 John Karl Hardy walked through the Gates of Heaven on September 9, 2021 after a brain hemorrhage. It was unexpected but spiritually he was ready. Karl was frustrated with his loss of hearing and loss of mobility. He was also irritated with his memory problems. However, he was willing to put up with that to stay with his wife of 53 years, Glenda Sue Buchanan Hardy and 39 yr old son, James (Jimmy) Dylan Hardy. When he walked through the Gates of Heaven, Karl was greeted with open arms by family who preceded him in death; his father, Joseph Wilborn Hardy, mother, Neva Beatrice Bush Hardy and a host of family and friends all eager to show him around. Karl was a giant of a man, large in stature (6 feet tall and 187 pounds) and larger in personality. He gave willingly of his time to help any need he could. He was a quiet man and always believed he was not very intelligent. Karl went through school with dyslexia and struggled at every turn. During this time there was no understanding of this problem and no consideration given at school level. His ability to pick up knowledge of how to do manual things was amazing and he used that skill to the fullest. He first served in a Tank crew in Army National Guard stationed in Huntsville. An interruption here - Karl was an outstanding football player and was named to the Texas State Football team. However, the National Guard backed out on their promise to allow him to play at the State Game in Austin (he was on duty at this time) and he did not get that honor. The joy of his life entered our lives when Jimmy (James) Dylan Hardy became ours. Karl was already a gentle person and this made him more so. Karl was one of the first to offer help if needed to whomever, wherever, whatever. He was a giver. If we had a car we were not driving and did not need because it needed some work, he came to me more than once and suggested we give it to some family in need who had an individual who could fix it. I do not remember how many but a few vehicles found new homes because of him. He loved riding and had a horse that was known for bucking. Karl would go to FFA rodeos and entertain the crowd (not deliberately) with a bucking horse demonstration every time he entered the ring. That is a glimpse of our Karl....just a small town country man. John Karl, you got to pick our home in Heaven. It better be a good choice. All our love, Jimmy, Sue and Hobo (dog). A visitation was held on Sunday, September 19, 2021 from 3:00 to 5:00 at Sam Houston Memorial Funeral Home in Huntsville, Texas. A Celebration of Life will be held at 3:00 pm Sunday, October 3, 2021 at Hawthorne Baptist Church in New Waverly, Texas. Memorial condolences may be made to the family at www.shmfh.com.

John Karl Hardy walked through the Gates of Heaven on September 9, 2021 after a brain hemorrhage. It was unexpected but spiritually he was ready. Karl was frustrated with his loss of hearing and loss of mobility. He was also irritated with his... View Obituary & Service Information

The family of John Karl Hardy created this Life Tributes page to make it easy to share your memories.

John Karl Hardy walked through the Gates of Heaven on September...