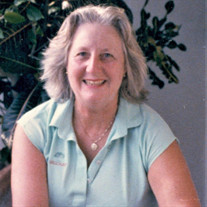 Harriette Louis Powell Cummings died in her sleep from heart disease at the grand old age of 90 on September 21, 2020. She was born June 17, 1930 on a farm in Montgomery, Texas, to Birdie Mae Napper Powell and John Martin Powel and was oldest of three sisters. Her siblings were Clara Ann and Shirley. She graduated from Montgomery High School as valedictorian while her sister, Clara Ann was salutatorian. Both went to Baylor University where Harriette majored in Business Administration. At Baylor, Harriette met Robert (Bob) Dorrance Wickham in 1950. The two were married at Harriette's childhood home in Montgomery on August 26, 1951, only three days after graduating from Baylor with her bachelor degree. She and Bob returned to Waco where she worked for the Social Security Administration while Bob completed a master's degree in psychology. In 1953, Bob was drafted resulting in the couple moving to Wichita, Kansas where Harriette continued to work for the Social Security Administration. Once out of the service in 1956, they moved to Houston, where Harriette continued to work for the Social Security Administration. Bob and Harriette bought a home in southwest Houston in 1958. One year later, their first, and only child, Mark, was born. Around 1965, Harriette transferred to the Veteran's Administration where she worked until her retirement in 1989. She rose to the position of Section Chief becoming the first woman to obtain that position in the V.A. During that time, she also was a dutiful mother and wife. She did the grocery shopping, prepared all the meals, paid the bills, cleaned the house, shuttled Mark to swim practices and art classes as well as participated in Bob's social obligations. In the early years of living in Houston, the couple enjoyed dancing, but that gave way to gardening and reading. Harriette and Bob divorced in 1979 while Mark was in college. She then started golfing with friends from work. She spent time socializing through golf outings and bowling leagues through work. She met William Bryan Cummings during these outings and they were married in April of 1983. Harriette and Bill bought part Harriette's parent's property in Montgomery where they built a house and retired. When not playing golf, Harriette started an income tax preparation business that she ran through her home office until she was 87. She was a member of the Montgomery United Methodist Church, a member of the Montgomery Historical Society and helped manage the Montgomery cemetery which was adjacent to their property. From 1997 to 2002 she enjoyed being the First Lady of Montgomery when her husband was Mayor. While in retirement she also enjoyed being a grandmother to her son and step son's children and eventually great grandchildren. She is preceded in death by her parents, John Martin and Birdie Mae Powell, her husband, William Bryan Cummings Sr, her sister, Clara Ann Bremenkamp and her stepson William Bryan Cummings Jr. She is survived by: • Sister Shirley Martin • Brother-in-law, Glen Bremenkamp • Son and daughter-in-law, Mark & Cheryl Wickham o Grandson & spouse, Andrew Wickham & Kit Jaspering o Granddaughter Hannah Wickham • Stepson and daughter-in-law, Bruce & Carol Cummings o Grandson Justin Cummings • Great Grandchildren Hunter Cummings and Wade Cummings o Granddaughter & husband, Meagan & Justin Farris, • Great grandchild Cora Leigh Farris o Granddaughter & husband, Lauren & Stephan Hess o Granddaughter Lisa Cummings • Daughter-in-law Cindy Cummings, o Granddaughter & husband, Jennifer & Neil Bubel • Great granddaughter Hayden Bubel o Grandson & fiancée, David Cummings & Courtney Ligon Harriette's Memorial Service will be Saturday, October 10, 2020 at the Sam Houston Funeral Home, 20850 Eva St., Montgomery, Texas at 2:00 PM. Visitation will be from 1:00 PM- 2:00 PM. If attending, please sit every other pew and wear a mask entering and leaving the service. Masks will not be required during the service. The family prefers that donations be made to the Montgomery United Methodist Church https://www.mumctex.org/give. Memorial condolences to the family may be made at www.shmfh.com. To send flowers or a memorial gift to the family of Harriette Cummings, please visit our Sympathy Store.

Harriette Louis Powell Cummings died in her sleep from heart disease at the grand old age of 90 on September 21, 2020. She was born June 17, 1930 on a farm in Montgomery, Texas, to Birdie Mae Napper Powell and John Martin Powel and was oldest... View Obituary & Service Information

The family of Harriette Louise Cummings created this Life Tributes page to make it easy to share your memories.

Harriette Louis Powell Cummings died in her sleep from heart...

Send flowers to the Cummings family.