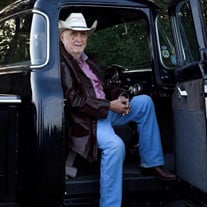 George Gaylon Massey “Pops” gained his wings at home on Sunday February 27, 2022, surrounded by his family, at the age of 81. George was born on November 14, 1940 in Hickory, Mississippi, to George Williford Massey and Lillie Dew Griffin Massey. He was raised by his grandmother, Anna Bell, in Hickory until he was 16 years old and then went back to his parents home to live with his siblings. He was the oldest of 5 siblings. George served in the National Guard in 1958 and then moved to Houston, with his Uncle Calvin, after an honorable discharge. He went to business school there in Houston and worked as a highly sought after traveling salesman. He met his wife, Kathy, in front of the Bank of the Southwest in Houston and they were wed in 1961. Six years later they welcomed their son, Allen, into the world. After many successful years in sales he chose to pursue his own sales business, an upholstery supply company, M&G Sales which opened in 1988. His business, M&G Sales LP, is still open and operating. In 1993 he added in another adventure as he took on raising his granddaughter, Tabitha, with Kathy. The three of them moved together out from the Houston area and finally planted their roots in Richards, Texas. George joined the Richards Volunteer Fire Department in 2005 and was an active member for years until finally having to retire after having open heart surgery. He also served on the Richards school board. George loved to travel, but always made up his own directions to his destinations. He never met a stranger and never said no to a good cup of coffee. George loved God with all his might and in return God shared him with the world for eighty one strong years. George always said the doctor told him, after dying 4 times on the operating table during his open heart surgery, that he was “one tough old son of a bitch”. That’s a given when looking upon the life he has lived. Memorial contributions can be made to the Richards Volunteer Fire Department, Po Box 511 Richards, Texas 77873

George Gaylon Massey &#8220;Pops&#8221; gained his wings at home on Sunday February 27, 2022, surrounded by his family, at the age of 81. George was born on November 14, 1940 in Hickory, Mississippi, to George Williford Massey and Lillie Dew... View Obituary & Service Information

The family of George Gaylon Massey created this Life Tributes page to make it easy to share your memories.