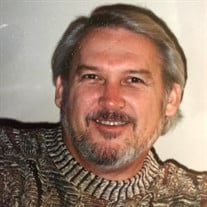 Douglas Anthony Presto, 80, was born on December 14, 1940, in Detroit, Michigan. He lovingly blessed his wife Lois in marriage for 52 years. He never let a day pass without saying he loved her more today than yesterday or how beautiful she is. He was also a loving father who loved his own children, and equally his stepchildren, and grandchildren, and his “Swedish daughter”, Elisabeth. He was “Superman” to his adoring Lois. Douglas was always passionate about cars having spent his professional career beginning as a draftsman in his early career as a graduate of Philpot School of Body Drafting, the class of 1963-64. He also held positions as Head of Experimental Operations for Hummer, a Body Designer and Draftsman for Job Shops, and Manager of Paint and Fabrication Studio with Chrysler Corporation at retirement in 2000. Doug grew up on Elizabeth Lake in Michigan with his parents Francis and Eleanor and brothers Dennis, Francis, and Joseph (Joe), where his passion for water, muscle beaches, and boating began. He was always drawn to the water having chosen in later years to retire to Lake Norman in North Carolina, and in 2004 to Montgomery around Lake Conroe. In the Bicentennial of 1976, he began a job for the Budd Transit Company and moved to Philadelphia, Pennsylvania for a temporary job, that resulted in a permanent relocation for the family. Here he began his passion for car clubs. He joined the Austin-Healey Sports & Touring Club, or AHSTC, where in the mid 70’s and 80’s he owned an Austin-Healy which to the dismay of his wife, he stored in the basement of their home for restoration! He developed many enduring friendships and helped plan many road-rally events. Another career change led him back to his roots in Michigan in the mid 1980’s and his car enthusiasm continued. He began restoring and owning several classic Rolls Royce’s and Bentley’s and officially became a member of the Rolls-Royce Owners Club – the Motor Region on the 18th Day of May 1987. He had driven many brides to the alter of their weddings, including his daughter, and enjoyed chauffeuring his bride in the current Rolls or Bentley to the farmer’s markets or the Dairy Queen. He had a passion for genealogy and spent a great many hours tracking and documenting family lines. He also had spent many hours hand sketching and perfecting his drawing skills in his latter years. He was a valued member of the “Montgomery Philosophical Society” beginning in 2008 until his hip fracture made it difficult to join the group at their meetings. He was a volunteer at the Cardiac Catheter lab at Conroe Regional Hospital (now HCA) where he comforted family awaiting news of their surgeries. Doug was preceded in death by his parents Francis and Eleanor, and brothers, Dennis, and Francis, and by his daughter Theresa, and granddaughter Morgan Elizabeth. Douglas is survived by his adoring wife Lois, and so many who loved him, including the many compassionate and loving caregivers who helped him in his journey. His brother Joseph Presto and his wife Lisa and their son Jacob. Lynn Laconis (James Birdsong), Gary Laconis (Nancy), Greg Laconis (Liz) and grandchildren Jenna and Garrett. Tony (Anthony) Presto and wife Kim. Grandchildren Kenneth Evans (Carly), Amber (Cheyenne), and Brian, and great grandchildren Carter, and Kennedy. Lisa Connor and grandchildren Colyn and Kyle. Greg Masters (Ansley) and three grandchildren and 2 great grandchildren. Anne and grandchildren Amanda, Will, and Brett. Visitation will be Saturday, July 31, 2021, from 9:30 AM to 11 AM at Sam Houston Memorial Funeral Home in Montgomery, TX. Services will begin at 11:00 AM. A graveside burial will be held at the New Montgomery Cemetery. Join in fellowship and share your favorite memories at the Pizza Shack in Montgomery. Memorial donations can be made in his name to a charity of your choice and may include local food banks, or The Ark Church.

Douglas Anthony Presto, 80, was born on December 14, 1940, in Detroit, Michigan. He lovingly blessed his wife Lois in marriage for 52 years. He never let a day pass without saying he loved her more today than yesterday or how beautiful she... View Obituary & Service Information

The family of Douglas Anthony Presto created this Life Tributes page to make it easy to share your memories.

Send flowers to the Presto family.