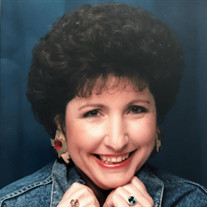 Catherine Louise Carman-Hastings, 68, born on February 2nd, 1952 in Freeport, Texas passed away on September 10, 2020 in the Lake Conroe area of Texas. After several years, she succumbed to a rare condition of dementia known as Fronto-Temporal Dementia (FTD) primary progressive aphasia. Her deceased parents were Joycelyn Adella (Sherman) Carman, an admin specialist of Houston, Texas and Lynn Wilson Carman, high school teacher, freight sales specialist, casualty insurance, real estate sales and developer of Hot Springs Village, Arkansas. Catherine’s deceased maternal grandparents were Susie Perry Sherman, a dedicated seamstress and Ray Sherman, a long-term railroad man, both from San Marcos, Texas. Her deceased paternal grandparents were Margaret Wilson Carman, a registered nurse, and Doctor Henry Franklin Carman, a lung specialist for the state of Texas. They resided in the Turtle Creek area of Dallas, Texas. The parents of Catherine met and married in San Marcos, Texas and afterwards relocated to Lake Jackson, Texas. Later moved to Denton, Texas where her father received his Industrial Arts degree at North Texas University. Her mother worked at the First Federal Savings & Loans Company for many years until her retirement. Much of Cathy’s childhood experiences were spent in the Texas Hill Country area of San Marcos, Texas. It was there that she enjoyed many days and evenings swimming in the San Marcos River, also riding horses with her friends which were some of her favorite memories. In 1967, Catherine’s family eventually moved to Houston, Texas where she attended Spring Branch High School. Thereafter, she married and gave birth to a son and daughter. Catherine was a successful business owner and homemaker in The Woodlands area. Several years later, she divorced and eventually was introduced to a Texas transplant from the state of Oregon. After a brief courtship, Cathy and Rob were married on May 30, 1981 in Stateline, Nevada on the shores of Lake Tahoe, California. They have shared over 40 years of bliss, deep companionship and eternal love. During this time span they have resided most of their marriage years in Houston and Spring, Texas with life experiences also in the states of Colorado and Oregon. Catherine possessed many artistic qualities and talents. Her homes were exquisitely decorated with her artwork, and a special interest for gardening. On a professional level, she was a self-motivator with years of successes in customer sales of waste management, chemical application products and eventually concluded her business career at residential real estate sales in the Houston area. Prior to this period, Catherine was self-employed at Salons in the Park located in Northwest Houston, Texas and relative to this type of business she become an independent entrepreneur in a joint venture for a start up salon, A Polished Look in Portland, Oregon. She retired in 2015. Much of Cathy’s greatest joys were her times shared with immediate family, sincere friends and her love for her cats, and dogs. Catherine loved traveling throughout the great state of Texas, her roots; however, she had a passion for the Rocky Mountain regions of the western US, and the great Pacific Northwest where her daughter and grandchildren live presently. Catherine is survived by her husband Rob Hastings, her Yorkshire Terriers Maggie Mae and Juliet, and her Cesky Terrier George Clooney, residing on Lake Conroe, Texas. In addition to her husband, Catherine is survived by her son Aron Charles Tarr of Houston, Texas; daughter, Catherine Jacleen Hastings Kasserman and her husband, Robert, of Hillsboro, Oregon; two granddaughters, Catherine McKenna Kasserman and Julianna Hope Kasserman of Hillsboro, Oregon; two sisters, Lindalyn Joyce Litt and her husband, Ronald, of Houston, Texas , Anna Carman Couch and her husband, Bryan, of Kansas City, Missouri; Niece Lynnette Davis and Nephew Robert Lantrip both of Tomball, Texas. A Memorial Service will be held in Catherine’s honor on Saturday, September 19, 2020 at 11:00 AM at North Shore Church in Montgomery, Texas. If so desire, in lieu of flowers please provide contributions in memory of Catherine Louise Carman-Hastings to the Dementia Society of America: www.dementiasociety.org/donate.

Catherine Louise Carman-Hastings, 68, born on February 2nd, 1952 in Freeport, Texas passed away on September 10, 2020 in the Lake Conroe area of Texas. After several years, she succumbed to a rare condition of dementia known as Fronto-Temporal... View Obituary & Service Information

The family of Catherine Louise Carman-Hastings created this Life Tributes page to make it easy to share your memories.

Send flowers to the Carman-Hastings family.