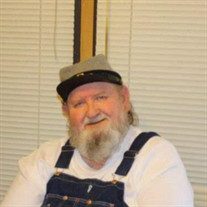 Billy Fred Crabb was born December 7, 1946 to Walter Presley Crabb and Lela Louise Hines Crabb. Billy is survived by his wife of 51 years Peggy Richards Crabb, daughter Kristi Glasgow (Rory), daughter Kelly Brown (Lloyd), granddaughters Shelby Burns and Emily Burns, and grandson Bryan Glasgow. Billy is predeceased by his parents, his brothers Walter P. Crabb, Jr., Charles Ray Crabb, his daughter Karmyn Crabb, and his grandson Patrick Glasgow. Billy grew up in the Crabb’s Prairie Community and graduated from Huntsville High School. He worked at the Exxon for Cooter Galloway, managed the local KFC, drove a Lilly milk truck, was the office manager for Gaylord Construction, and retired in 1999 from Texas Department of Criminal Justice having worked in food service at the Wynne Unit. History was important to Billy, especially local history. He imparted his love of history through storytelling. He was an excellent storyteller and loved to tell stories of childhood to anyone that would listen. His daughters fondly remember his stories of his dog Jeff, the time Santa left a bike in the hallway and he tripped over it and cussed it out, the time he shot the back out of his daddy’s car with a brand-new gun, spending time with his grandpa (Mr. Chris) and going to eat BBQ in the Hopewell community. Billy never met a stranger and could travel halfway across the country and find someone he knew or at least find out they knew someone in common. He loved people and he loved talking to people. He spent a good part of his retirement on the benches at Walmart talking to anyone that would stop and listen. He caught up with old friends there and made new ones. He also enjoyed making his rounds around town to the courthouse, G&O Barbershop, the police station, and Pete Johnson’s Towing Service. He loved whittling and was never without a piece of wood and a sharp pocket knife. He was an excellent shot. He tried to teach his daughters how to shoot. Kelly was a good shot, but Kristi ending up shooting the tops out of the pine trees. Karmyn was too young the day he tried to teach them to shoot. He enjoyed fishing until his fishing buddies Orville Coburn and Homer Kendrick passed away. He taught his girls to drive just by handing them the keys to an old car and telling them they could drive anywhere they wanted as long as they stayed in the pasture. Kristi was 10, Kelly 8, and Karmyn 5. He told them to not let Karmyn drive... He took his family to church and slept through plenty of Joe Barnes, Lloyd Bates, and Cloyce Johnson’s sermons. He enjoyed listening to bluegrass music and occasionally pickin’ the banjo and mandolin. He liked to watch MASH, Barney Miller, Andy Griffith, Gunsmoke, and John Wayne movies. He also liked to get a good price on meat at the grocery store and he made the best BBQ brisket and greasy hamburgers. He made friends easily. He believed in finding the good in people. He loved his family and especially his grandchildren. He never called anyone by their given name, only by the nickname he gave them--tooter, mcdonald, boss, beano, buckaroo, rooster, and opie taylor, to name a few of his favorites. We will miss him telling us that memaw put him in the corner, to hold on just a minute he had one more story to tell, be careful on your way home, and asking us if we knew how to get to Louisiana, or if memaw could see out the side of her window. Visitation will be Friday, October 16th 12:00 at Sam Houston Funeral Home. Memorial Service to follow at 1:00pm. In lieu of flowers the family has requested donations be made to Shriner's Hospital, St. Jude, or Texas Children's Ronald McDonald House. Condolences to family may be made at www.shmfh.com.

The family of Billy Fred Crabb created this Life Tributes page to make it easy to share your memories.

Send flowers to the Crabb family.